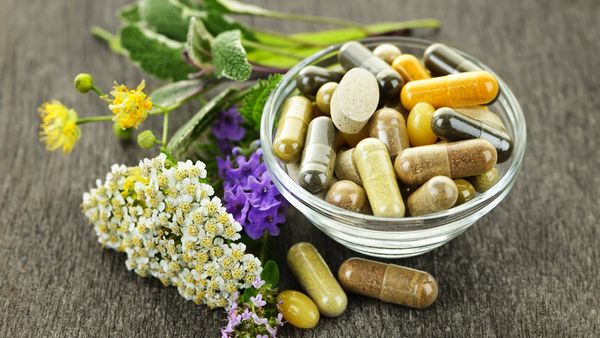 Amid all the gloom spread across the world due to the outbreak of novel coronavirus (COVID-19), which has now killed thousands of people around the world, everyone is focusing on preventive measures, at least until an effective cure is found.

As people rush to keep themselves protected, Ayurveda experts have stressed that medicinal herbs such as amla, giloy, shilajit and neem are helpful in strengthening the immune system which is key to fighting the deadly virus.

Amla (Emblica officinalis) is one of the more popular Rasayana; indicating that he herb has a general benefit to health. This effect is translated to enhancement of Prana, Tejas, and Ojas. Amla has been used as part of a traditional formula called Chavanprash for over 2000 years. Amla is a very useful anti-oxidant and liver supportive herb. Antioxidant function of this herb also has a regenerative effect on the immune system.

Ashwaganda (Withania somnifera) is an excellent adrenal supportive herb that has tonifying effect on the whole hormone system and another Rasayana. Ashwagandha have been observed to reduce stress on the adrenal gland and stimulate the thyroid gland activity.This demonstrates the anti-stress activity and pro-metabolic activity of Ashwagandha. Ashwagandha is a beneficial herb to balance the quality of Tejas and Soma. Both of these reinforce immune activity of the individual, indicated by the mobilization and activation of immune cells. Ashwagandha has also been observed to reverse immune-suppression caused by steroid use. This herb is one of the best hormonal and immune modulator offered by Ayurvedic tradition. In 1903 plague epidemic, people who were given Ashwagandha survived. Ashwagandha does not have strong anti-bacterial properties, but it does stimulate host defense through its tonifying effect on the endocrine and metabolic systems.

Turmeric (Curcuma longa) this common house-hold spice is emerging as a miraculous anti-inflammatory agent. While healthy, controlled inflammation is a part of a normal immune response; excessive inflammation causes tissue damage and depletion of the immune system. In a study on Ebola victims, survivor’s immune system was able to control inflammation effectively; on the contrary, non-survivor’s had progressive inflammation that got worse as they got closer to death. Turmeric contains the compound curcumin, which is recognized for helping control inflammation as effectively as aspirin (Non-Steroidal anti-inflammatory drugs – NSAID). In animal studies, Curcumin has been observed to be equal Ibuprofen for preventing inflammatory plaque formation in Alzheimer disease. Curcumin does this without the risk of toxicity seen with NSAIDs.

Guduchi (Tinospora cordifolia) is a versatile herb for supporting immune and liver function. Guduchi is traditionally used in wide variety of conditions for its combination of anti-oxidant, anti-inflammatory, immune modulating, liver supportive actions and is another Rasayana herb. A review of research indicates that Guduchi produces its anti-inflammatory effect through blocking the effect of inflammatory signals like histamine, bradykinin, etc. These actions are very useful for controlling non-specific allergic reactivity of the innate immune system – reducing burden on the immune system. In other words, Guduchi helps to balance the Pitta dosha and enhance the quality of Tejas in the individual. On the other hand, it has a stimulating effect on the humoral immune system. Immune supportive activity of this herb is demonstrated in animal studies by elevation and circulation of B-cell and T-cell lymphocytes, which perform surveillance and elimination of infective agents.

Neem (Azadirachta indica) is a famous anti-microbial herb of the Ayurvedic tradition. Medicinal compounds found in neem oil and leaves stimulate various immune cells to act against pathogens. This bitter herb is traditionally used in topical treatment of Methicillin-resistance Staphylococcus aureus, usually called MRSA infections. Use of the herb as a mouth wash has proven effective in eliminating streptococcal bacteria. Studies on the properties of neem have demonstrated direct toxicity against variety of fungus, bacteria, and viruses. Further benefit of neem is derived from its capacity to lower blood sugar. This is helpful because sugar is the main source of sustenance for bacteria and fungus. Altogether, neem supports Tejas and Soma, while balancing Prana.

Holy Basil (Ocimum sactum another Rasayana) is central to many ceremonial and religious activities in Indian culture. This herb is considered the incarnation of the divine feminine principle. It promotes mental and emotional clarity, as well as creativity. In addition to the Spiritual significance, the value of holy basil comes from its versatile medicinal activities. It is rich in essential oils that have beneficial effect on the nervous system, immune system and the antioxidant system.