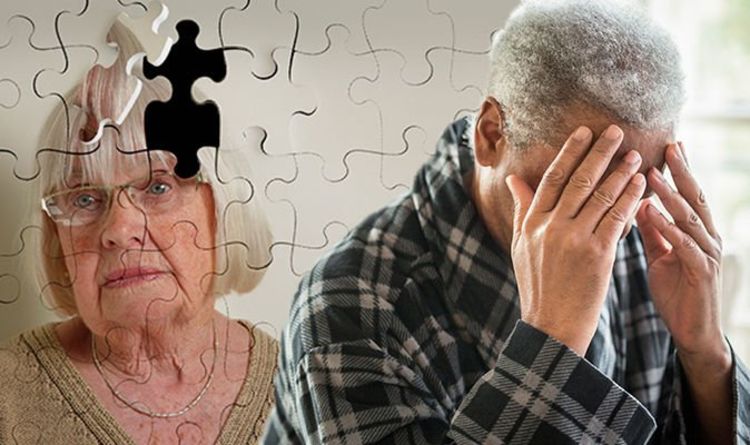 Dementia is a general term used to describe a decline in mental function that is severe enough to interfere with daily living. Dementia is not a specific disease. It is a group of symptoms that can affect thinking, memory, reasoning, personality, mood and behavior.

Dementia develops when the parts of the brain that are involved with learning, memory, decision-making, and language are affected by any of various infections or diseases. The most common cause of dementia is Alzheimer's disease. However, there are numerous other known causes of dementia.

Alzheimer’s disease – Alzheimer’s disease is considered the most common cause of dementia. It occurs in people aged 65 and older although some already show signs at an earlier age due to genetics. Though the real cause of Alzheimer’s is unknown, brain scans of people with Alzheimer’s reveal that they often have plaques (clumps of protein called beta-amyloid) and tangles (fibrous mass of tau protein). Alzheimer’s is a progressive disease that occurs slowly, often in a span of 8-10 years. Those afflicted with Alzheimer’s usually experience word-finding problems, getting lost and forgetfulness.

Vascular dementia – this occurs from brain damage due to reduced or blocked flow in blood vessels. It is also called multi-infarct dementia because it can be caused by multiple small strokes. Dementia usually starts suddenly and people with high-blood pressure and who have suffered previous strokes or heart attacks are most at risk.

Lewy body dementia – a common form of irreversible dementia, its primary symptoms include visual hallucinations and “Parkinsonism” where the patient exhibits features of the Parkinson’s disease like tremor and rigid muscles. People diagnosed with Lewy body dementia experience a sleep behavior disorder that involves acting out dreams.

Frontotemporal dementia – With this condition, the nerve cells in the frontal and temporal lobes of the brain degenerate, which results in inappropriate behavior, language problems, and difficulty with thinking, concentration and movement problems.

Other causes of dementia include:

Symptoms of dementia depend on the cause. However, most obvious signs and symptoms include:-

Ayurvedic view and Treatment options of Dementia and Alzheimer's disease :-

According to Ayurveda, everything is composed of a unique proportion of each of the 5 elements found in nature (ether, air, fire, water, and earth). Vata dosha embodies the principle of movement and constitutes ether and air elements. Pitta dosha, made of fire and water, is responsible for transformation and metabolism. Water and earth elements form kapha dosha, which is responsible for structure and stability.

Ayurveda considers Dementia as a Vata disorder (mainly prana vata) aggravated disorder which causes irregular or abnormal movement or circulation in the body. This hampers the normal functioning of the cells and causes damage to cells in the brain resulting in brain degeneration. The treatment approach for dementia in Ayurveda aims at rejuvenating the brain as well as the whole body and thereby improving the brain functions. Therapeutic procedures like Vaman, Virechana, Nasya and Vasti are used for complete detoxification of the body. Procedures like Shirodhara, Abhyanga are found to be very effective in rejuvenating the brain cells. Along with these procedures, the internal herbal medication made of herbs that have curative properties are administered.

Ayurvedic medicines (herbs) that are proven to be effective in the cure of Dementia are:-

1. Brahmi (Bacoppa monnieri ) : It is known to combat inflammation & oxidative stress in the brain thus, boosting coordination abilities of the nervous system. It helps in sharpening the brain, fight stress and reduce depression. It contains natural bacopasides plant alkaloid that slows down the progress of the disease and works as a tranquilizer, anti-anxiety, anti-depressant, and brain function enhancer.

2. Licorice (Glycerrhiza glabra): It improves cognitive power and memory, reduces aging effects on the brain due to the presence of salicylic acid, a chemical associated with the prevention of degeneration of neurons.

3. Turmeric (Curcumin longa): It is considered to be one of the best medicines for improving memory and concentration. Antioxidants, curcumin, and curcuminoids present in Turmeric fights the effects of free radicals, reduces plaque formation, lowers inflammation of nerves, improves sleep quality, reduces anxiety and act as a stress buster.

4. Ashwagandha (Withania somnifera) : It is known for providing overall nourishment, rejuvenation, and strength to the body and mind. It repairs and prevents brain cells from damage thereby preventing dementia from aggravating and quite effectively reversing damage leading to dementia. It also increases blood flow to the brain, reduces plaque buildup in the brain, boosts the cognitive capacity of the brain, enhancing the person’s ability to cope with the anxiety and elevates his mood.

5. Ginkgo Biloba: It is an ancient herb which is known to have the powerful antioxidant property that prevents the development of dementia. It boosts blood circulation in the brain and improves memory.

6. Shankhapushpi (Convolvulus pluricaulis): It acts as a brain tonic and relieves mental stress and fatigue. It is also known to improve short-term memory.

7. Vacha(Acorus calamus): Vacha root is known for treating a number neurological diseases and dementia. It enhances memory and improves speech coordination. It contains many alkaloids, flavonoids, mucilage, tannins, and steroids.

The appropriate combination of these herbs according to one’s Ayurvedic body type is recommended by Ayurvedic practitioners. For more detailed treatment options, please contact at Life Line Ayurvedic Herbal Clinic.