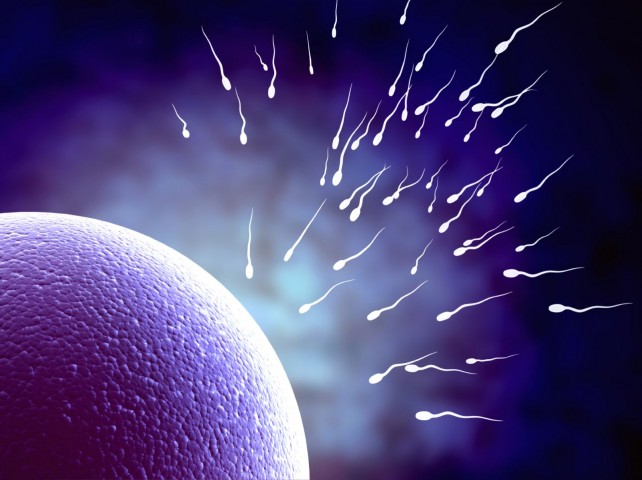 The male partner needs to have sperm which is capable of fertilising an egg for conception to happen, and the sperm has to be able to reach the egg. Problems with male fertility are related to sperm, sperm production and the reproductive tract. They may be hormonal, or they may be physical and can relate to sperm quality.

Sperm problems may be related to the number of sperm present in the semen (the sperm count), their shape (morphology) and the way they move (motility) as well as potential damage to the sperm.

According to the World Health Organization (WHO), a man with fewer than 15 million sperm per milliliter of semen is considered to have oligospermia or low sperm concentration. If his ejaculate is absent of sperm, he has azoospermia. Commonly seen sperm problems are :-

There are several potential causes of low sperm count in men. Some of the most common ones include:

Vajikarana Therapy is recommended in Ayurveda for men who are above 20 and below 70 to maintain optimum sexual activity and number of healthy sperms. Vajikarana Therapy recommends herbal preparations which are aphrodisiac. Vajikarana therapy increases sperm count, sperm motility and quantity of semen. This therapy is helpful in erectile dysfunction.

• Ativayavat - Anything in excess is dangerous, so overindulgence in the sexual condition can cause low spermcount and male infertility.
• Vyayamat – An overexertion of the body due to physical exercise that can cause huge loss of energy.
• Akale – Inappropriate age, i.e. before the desirable age of 18, or beyond the age of 65to70
• Astamanayam - Eating too much spicy or oily food. Consuming food with low nutrition value, lack of hygiene, sleeping late at night, watching too much adult movie, and hectic lifestyle leads to a low disparity of rakta and Pitta Dosha, causing Shukra kshaya (low sperm count )

Ashwagandha : It is a plant whose roots and berries used as medicines. It helps in reducing the anxiety, stress levels and acts as the genetic tonic. To increase the sexual desire and help reduce infertility this plant can mostly use. It accelerates the testosterone and increases fertility in Men.

Gokshura: This herb is also known as Tribulus Terrestris and it helps in increasing stamina and strength in the body. It improves immunity and thereby boosts self-confidence and self-esteem in men. This herb plays a vital role in improving the erectile dysfunction in men. It improves the overall quality of the sperm making it antioxidant rich. Apart from improving the sperm quality and count, it delays the ageing process and boosts circulation in the testicle region in males.

Shilajit : An ancient herb popular in increasing fertility in men. Erection problem can cure by using this Shilajit. It is found to improve the stamina and increases the sperm count. It acts as a natural remedy in men.

Shatavari : Shatavari can serve as a powerful male tonic.  Its cooling properties balance the heating herbs which are used to improve sperm count, such as, garlic, onion, ashwagandha, etc.

Pippali : Pippali is a rejuvenating herb with a warming, stimulating and kapha reducing action.It aids blood flow to the reproductive tissues when taken in combination with Ashwagandha.

Akarakara : For centuries Akarakara or commonly known as Spanish pellitory has been used to treat premature ejaculation issues like sex, libido, erectile dysfunction and impotence decreased. The root of the plant is dried and turned into powder. It also improves blood circulation within the body and purifies the blood. This increases the quality of sperm and increase sperm count

Yashtimadhu : This undershrub is famous for its soothing effects. It has sweet roots. Antioxidants, antimicrobial and anti-inflammatory effects of this herb are used to make medicines in Ayurveda. Semen quality can improve by using this herb.

Along with above mentioned herbs, Ayurveda offers other wonderful therapies like Abhyanga, Shirodhara, Nasyam, Marma massage and Basti to solve nearly all sperm related problems. You can book a consultation with our Ayurvedic Practitioners to get your individualised treatment plan Here.