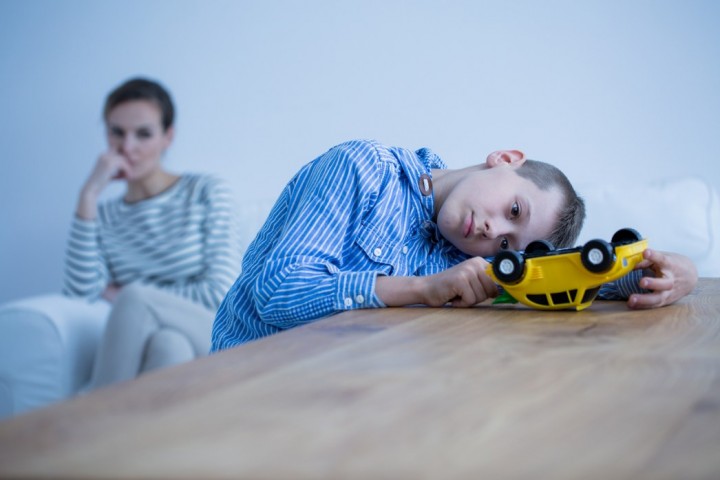 Attention deficit/ hyperactivity disorder (ADD/ ADHD) is a complex neurological disorder described as a “developmental impairment of self- management functions linked to complex brain operations”. In other words, ADHD impacts the executive functions needed to assess, plan, and execute life.
“Attention deficit” is, some experts assert, a misleading name. “Attention de-regulation” might be a more accurate description since most people with ADHD have more than enough attention- they just can’t harness it in the right direction at the right time with any consistency. And so, individuals with ADHD hyper focus and lose track of time, or misplace their keys, or blurt out an unrelated thought when their focus breaks free from its chains.

The primary features of Attention deficit/ hyperactivity disorder include inattention and hyperactive impulsive behaviour. ADHD symptoms that start before age 12, and in some children, they are noticeable as early as 3 years of age. ADHD symptoms can be mild, moderate or severe, and they may continue into adult hood, ADHD is of 3 subtypes:

1. Inattention- A child who shows a pattern of inattention may often:
* Have trouble staying focused in tasks or play
* Fail to pay close attention to details or make careless mistakes in school work
* Appears not to listen, even when spoken to directly
* Have trouble organizing tasks and activities
* Lose items needed for tasks or activities, for example, toys, school assignments, pencils
* Be easily distracted

2. Hyperactivity and impulsivity- A child who shows a pattern of hyperactive and impulsive symptoms may :
* Often leaves seat in situations when remaining seated is expected
* Often fidgets with or taps hands or feet, or squirms in seat
* Often unable to play or take part in leisure activities quietly
* Is often “on the go” acting as if “driven by a motor”
* Often runs about or climbs in situations where it is not appropriate (adolescents or adults may be limited to feeling restless).

3. Combined- Children with combined type display a mixture of all the symptoms outlined above.

Additional issues- In addition, a child with ADHD has:
* Symptoms for at least six months
* Several symptoms that negatively affect school, home life or relationships in more than one setting, such as at home and at school
* Behaviours that are not normal for children the same age who don’t have ADHD
“ADHD is not a breakdown of the brain in one spot. It is a breakdown in the connectivity, the communication networks, and an immaturity in these networks,” says Joel Nigg, Ph.D., a professor of Psychiatry at Oregon Health & Science University. “These brain networks are interrelated around emotions, attention, behaviour and arousal. People with ADHD have trouble with global self- regulation, not just regulation of attention, which is why these are attentional and emotional issues”.

Causes :
While the exact cause of ADHD is not clear, research efforts continue. Factors that may be involved in the development of ADHD include:

Autism is a complex neurobehavioral condition that includes impairments in social interaction and development language and communication skills combined with rigid, repetitive behaviours. Because of the range of symptoms, this condition is now called Autism Spectrum Disorder (ASD).  It covers a large spectrum of symptoms. ASD ranges in severity from a handicap that somewhat limits an otherwise normal life to a devastating disability that may require institutional care.
Children with autism have trouble communicating. They have trouble understanding what other people think & feel. This makes it very hard for them to express themselves either with words or through gestures, facial expressions and touch.
Children who are autistic may have repetitive, stereotyped body movements such as rocking, pacing, or hand flapping. They may have unusual responses to people, attachments to objects; resistance to change in their routines, or aggressive or self- injurious behaviour. At times, they may seem not to notice people, objects or activities in their surroundings. Some children with autism may develop seizures.
Some people with autism are cognitively impaired to a degree. In contrast to more typical cognitive impairment, which is characterized by relatively even delays in all areas of development, people with autism show uneven skill development. They may have problems in certain areas, especially the ability to communicate and relate to others. But they may have unusually developed skills in other areas, such as drawing, creating music, solving math problems, or memorizing facts. For this reason, they may test higher- perhaps even in the average or above- average range on nonverbal intelligence tests.

What is the relationship between ADHD and Autism ?

Your child has been diagnosed with attention deficit disorder (ADHD or ADD), but those four letters alone don’t seem to explain all of her struggles. You sometimes wonder if child has ADHD and Autism. Roughly, two- thirds of kids with ADHD have at least one co- existing condition, and Autism Spectrum Disorders- ASD- are among the conditions that commonly occur with ADHD. Some studies suggest that up to half of kids with ASD also have ADHD.

What is the difference between ADHD and Autism ?

ADHD is marked by inattention, hyperactivity, and impulsivity. “It is primarily a disorder of self- regulation and executive function- skills that act as the ‘brain manager’ in everyday life.”
ASD- Autism are characterized by problems with social interactions, communication, and stereotyped (repetitive or ritualistic) behaviours.

In Ayurveda, we can correlate it with “UNMAD”. The definition of “UNMAD” incorporate the impairment of different mental faculties that are encountered as the clinical manifestation of ADHD & ASD. These show the impairment of almost all of the mental faculties like:
* Manas (mind)- which is invariably affected in Autism
* Buddhi (intellect)- may be affected
* Bhakti (desire)- no willing to communicate with others
* Sheela (manners)- inappropriate emotional outburst and adhering to specific rigid routines due to inability to change
* Cheshta (activities)- motor stereotypes which are inappropriate and compulsive
* Achara (learning skills)- impaired socialization skills inability to follow commands, regression of language & social milestones etc.

Some factors which are responsible for ADHD & ASD- Autism :

Clinical Features with their connection to Ayurvedic Tridoshas :

1. Oral medicine - Medhaya Rasayana in the form Ghrita like Brahmi Ghrita, Kalyanak ghrita, Dhanwantri ghrita & also we can use some drug having Neuroprotective role are Jatamansi, Brahmi, Vacha, Mandookparni, Ashwagandha, Pippali and Yashtimadhu. And these drugs also show affect on cognition & memory.

2. Panchakarma -
* Shirodhara- with takra & musta
* Shirolepa- for 30 min to 60 min
* Shiropicha- with ksheerbala tail for 45 min
* Talam- application on the anteriofrontal region, in the form of paste
* Nasya- with panchendriya varadhana taila 2 drops in each nostril
* Basti- with ksheerabala tail
* An Ayurvedic massage or Abhyanga- to pacify vata

3. Yoga - In addition to above measures, there are several other important practices that are vital to managing autism and its effects on children. Sheetali, or cooling breath, reduces stress, frustration, irritation & anger while promoting inner calmness and tranquillity. Sheetali also assists in promoting healthy digestion & inducing sleep, both beneficial for patients with autism.
All medicines and panchakarma should continue at least for 6 months. Plus, a vata pecifying diet is required.
Currently, a cure for ADHD & ASD does not exist, though research has provided several useful findings to assist with the management of symptoms associated with these conditions. Through strategic practice of herbal supplementation yoga, meditation and a very specific and controlled diet, patients with ADHD & Autism are able to become functional, contributing members to their families and communities.
For expert help, one can contact our Ayurvedic doctors Sandeep Kumar and Anupam Vasudeva at Life Line Ayurvedic Herbal Clinic in Adelaide, as they specializes in this field through Ayurveda.