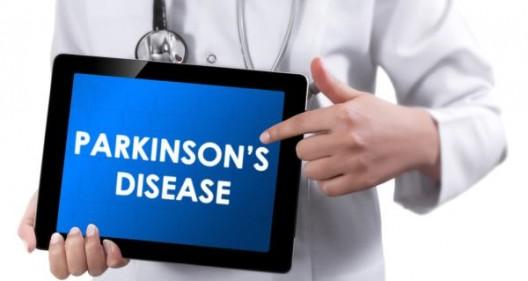 Parkinson disease, also called primary parkinsonism, paralysis agitans, or idiopathic parkinsonism, a degenerative neurological disorder. Parkinson's disease (PD) is a type of movement disorder. It happens when nerve cells in the brain don't produce enough of a brain chemical called dopamine. Sometimes it is genetic, but most cases do not seem to run in families. Exposure to chemicals in the environment might play a role.

Symptoms begin gradually, often on one side of the body. Later they affect both sides. They include

As symptoms get worse, people with the disease may have trouble walking, talking, or doing simple tasks. They may also have problems such as depression, sleep problems, or trouble chewing, swallowing, or speaking.

Ayurvedic view and Treatment option :-
Parkinson’s disease is commonly referred to as ‘Kampa Vata’(tremors). Based on the principles of Ayurveda, Parkinson’s disease develops due to the aggravation of Vata Dosha in the brain’s nerves. This leads to drying of nerves with effects including shaking of hands and fingers, stiffness in muscles and inability to turn at once. Ayurveda works on the principle of achieving balance among three main Doshas - Vata, Pitta, and Kapha. According to Ayurveda, Vata governs the air and body movement, and Parkinsons disease is caused by an imbalance of the Vata Dosha. In the course of time, the aggravated air damages the area of the brain that controls involuntary movements, giving rise to Parkinsons symptoms.The existence of Parkinsons disease has been suggested in ancient Ayurvedic scripts dating more than 3000 years ago.

Causes of Parkinson's Disease or Kampa vata according to Ayurveda :-
The potential cause for Parkinson is believed to be a faulty lifestyle which aggravates the Vata Dosha in the body, for instance, improper Aahar and Vihar regimen. This excess Vata travels in the body through Srotas (microchannels) and occupies available free spaces. Gradually, after some time such unhealthy accumulations of Vata Dosha in the body lead to the development of the symptoms of Parkinson (Kampavata).

Ayurvedic treatment of Parkinson's Disease or Kampa vata :-
Ayurveda treatment for Parkinson's disease is primarily targeted to normalize the vitiated Vata Dosha. Oilation and fomentation therapies followed by rejuvenation therapies are advised for the complete healing as under :

At the early stage it is found that Ayurvedic Herbs and Panchakarma treatments do give considerable results. It is noticed that the progression of the disease is arrested and gradual relief from symptoms happened. Pain, numbness, stiffness etc. are reduced and to a certain extent the tremors are also controlled. It is assumed that both internal and external medicines and treatments in the Ayurvedic system help to check the dopamine loss in the brain cells and the neurodegeneration process is thus delayed and diluted. Gradually the patient gets power to withstand the symptoms.
At the advanced stage of the disease also Ayurveda has an effective role to play. Prolonged inpatient treatment with counseling helps the patient to recover gradually. When they get both physical and mental power from these treatments, usually the discomforts are experienced to be coming under control. The percentage of relief is dependent upon the age of the patient, chronicity of the symptoms and also duration of the onset of the disease.
For further detailed & personalised treatment plans, please consult expert Ayurveda doctors at Life Line Ayurvedic Herbal Clinic as early as possible