Dermatophytosis or Tinea is a common skin infection that is caused by a fungus. It’s also called Ringworm because it can cause a circular rash (shaped like a ring) that is usually red and itchy. The fungi that cause this infection can live on skin, surfaces, and on household items such as clothing, towels, and bedding.

Types of Ringworm :-   Ringworm or Tinea goes by many names based on its location on the body : –

* Tinea pedis (or athlete's foot): on the soles of the feet
* Tinea cruris (or jock itch): on the groin, inner thighs, and buttocks
* Tinea barbae: on the beard area
* Tinea manuum: on the palms of the hands
* Tinea capitis: on the scalp
* Tinea unguium (or onychomycosis): on the fingernails and toenails 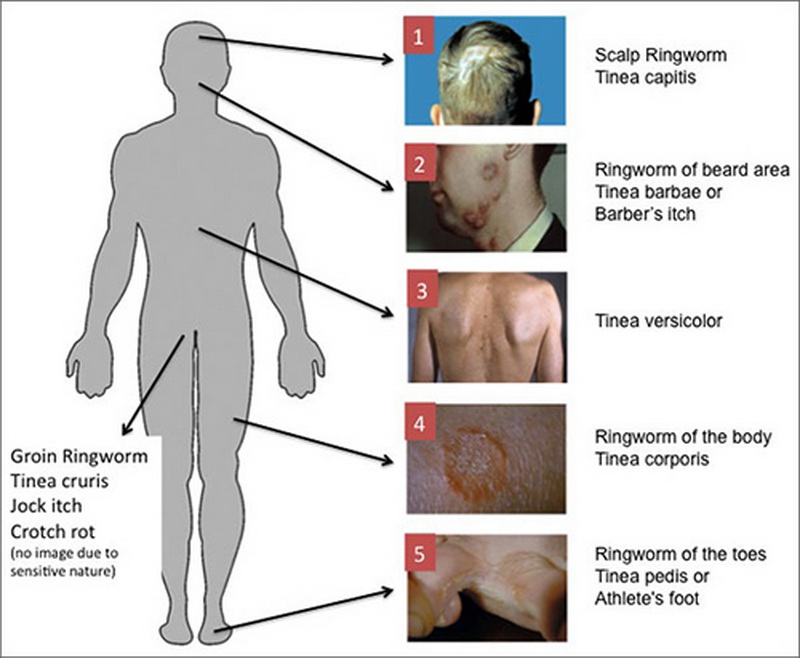 
* Itchy, red, raised, scaly patches that may blister and ooze.
* Sharply-defined edges in the shape of a circle or a ring.
* Often redder around the outside with normal skin tone in the center.
* Skin may appear unusually dark or light.
* Bald patches on scalp.
* Finger and toenails that are discolored, thick, or crumble. 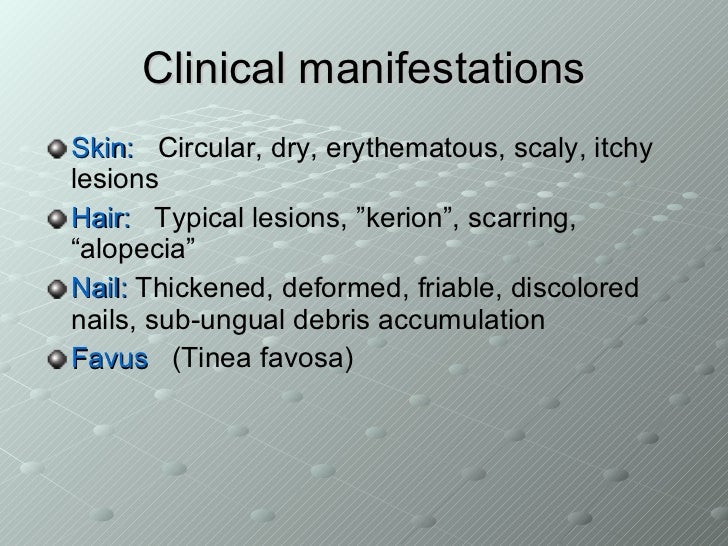 To become infected, a person must come in contact with either an infected skin or hair fragment or a fungal spore. Spores can live for years in blankets, clothing, bedding, combs and other places. To make matters worse, botanists believe these spores are airborne, meaning you don't actually have to touch a person, animal, or surface that is already infected—merely being near fungal spores may be enough to become infected. 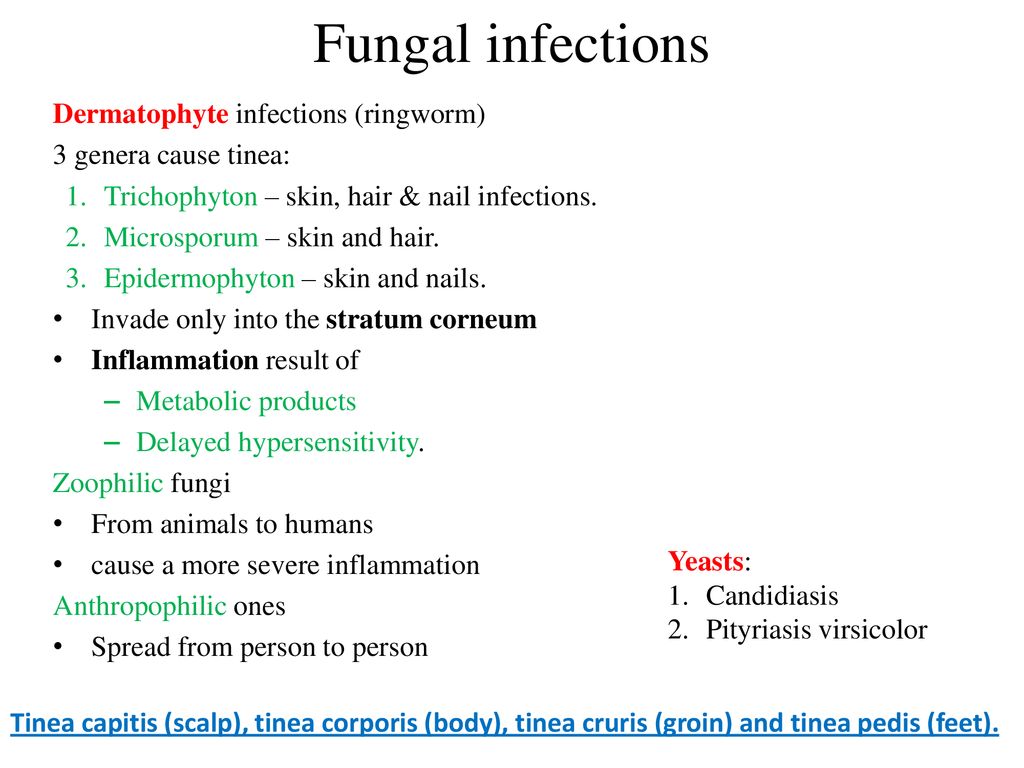 
As per the Ayurvedic philosophy, tinea is often diagnosed as dadru. The body type or the dosha involved is kapha and vata. Kapha, which is an Ayurvedic humor symbolizes mucus. It is usually dense, sticky and cold in nature. Vata, also an ayurvedic humor represents the wind. It is dry, mobile, subtle and cold. Both kapha and vata when present in the skin lead to accumulation of toxins. These toxins further collect in the deep tissues of the skin like rakta (Blood), rasa (nutrient plasma), lasika (lymphatic) and mansa (muscles).

The toxins lead to contamination of the deeper tissues thereby leading to the aggravation of the kapha-vata dosha, thus leading to ringworm. A third dosha which is involved is pitta. Pitta symbolizes heat or fire. It is often referred to as the tridosha disease, and the prime involved doshas are kapha and vata. 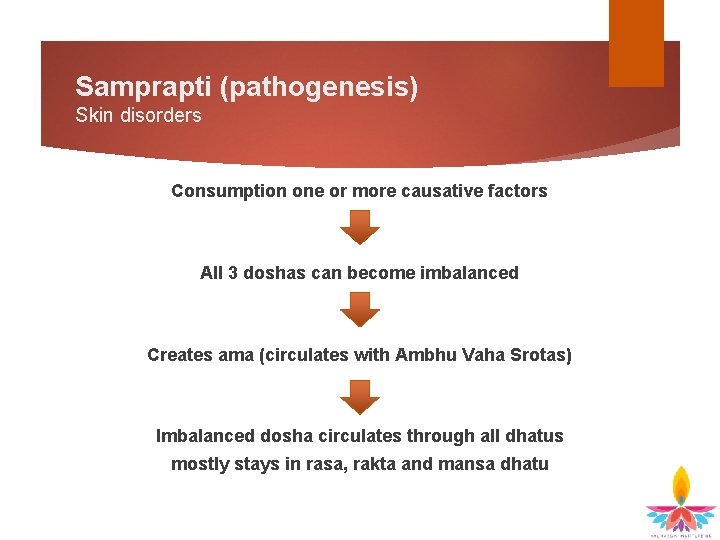 As the disease is due to predominant vitiation of kapha and rakta, measures are taken so as to pacify these two doshas first.
If the condition is severe and disease is chronic in nature,Vaman Panchakarma (emesis) is to be carried out.
Ayurveda have many herbs which acts on skin diseases and also very effective in tinea infections and they also helps to re-occurrence of the disease :

Ayurveda has best treatment options for Dermatophytosis / Ringworm. It has been found in many cases patients develop resistance to modern fungal creams and medicines. The disease comes back after stopping the medicines whereas the Ayurvedic remedies have the power to eradicate the disease and also prevent it's reoccurance if properly taken. For this the patient needs to meet a qualified Ayurvedic consultant who can advise a personalised treatment plan after assessing according to Ayurvedic way.