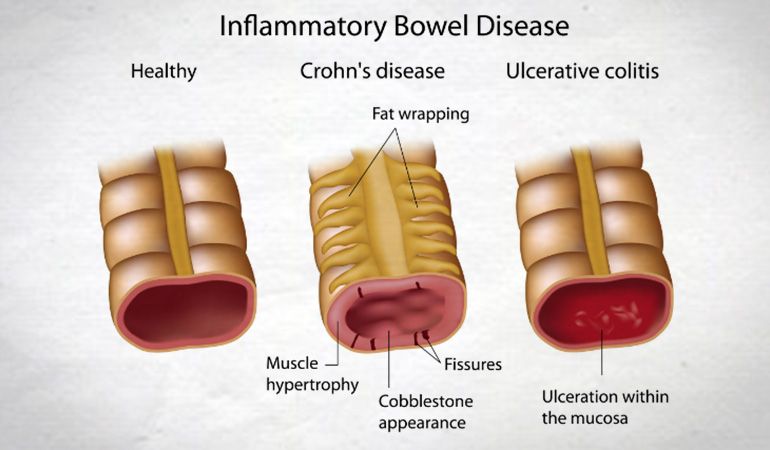 Crohn’s disease and Ulcerative colitis are collectively known as inflammatory bowel disease (IBD). Both conditions affect the bowel, but in slightly different ways. Crohn’s disease causes inflammation of the full thickness of the bowel wall, in any part of the digestive tract from the mouth to the anus. Ulcerative colitis is inflammation of the inner lining of the large bowel (colon and rectum). 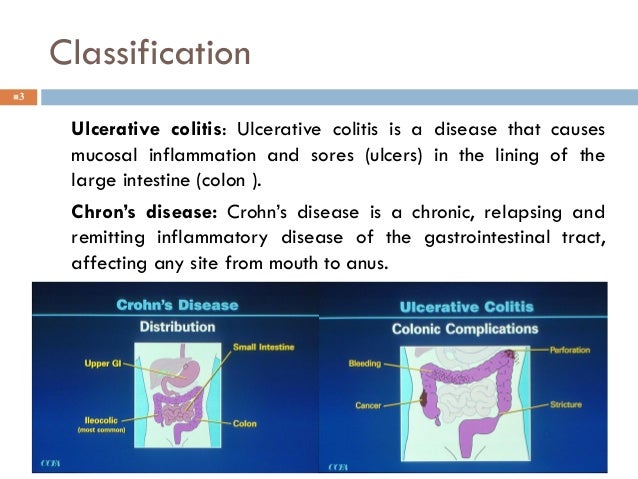 More than 75,000 Australians have one of these conditions. They usually begin in people aged between 15 and 30 years, but can start at any age. Crohn’s disease is becoming much more common in children under the age of nine.

Causes of Ulcerative Colitis and Crohn's Disease :The exact causes of ulcerative colitis (the inflammatory bowel diseases (IBD)) is not known, but there are several theories. Ultimately, scientists believe that there is more than one cause and that the several different factors work together to cause the disease. 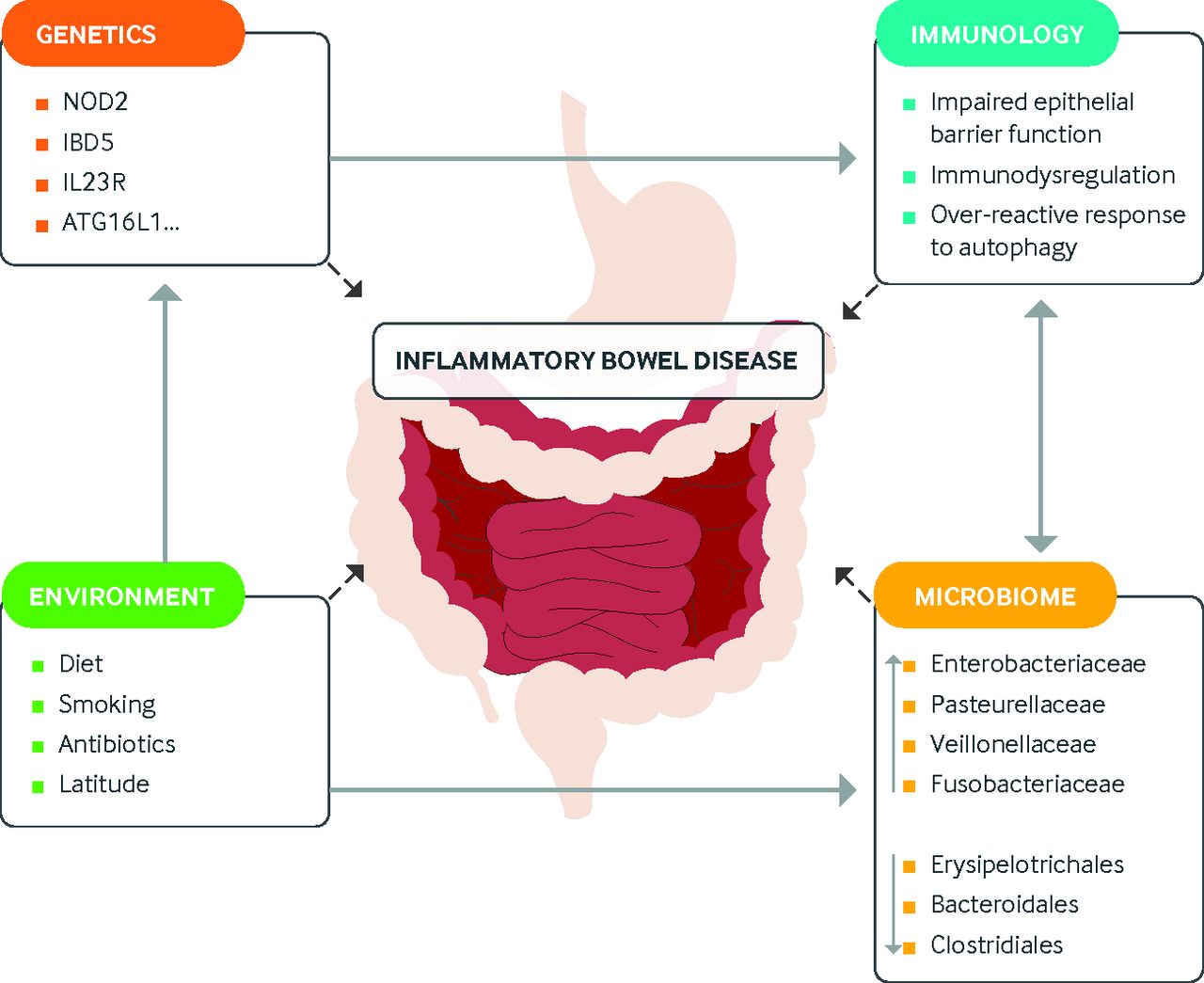 Ulcerative colitis and Crohn’s symptoms may develop gradually or come on suddenly. IBD symptoms worsen during disease exacerbations (also called flares) and may subside during periods of remission. 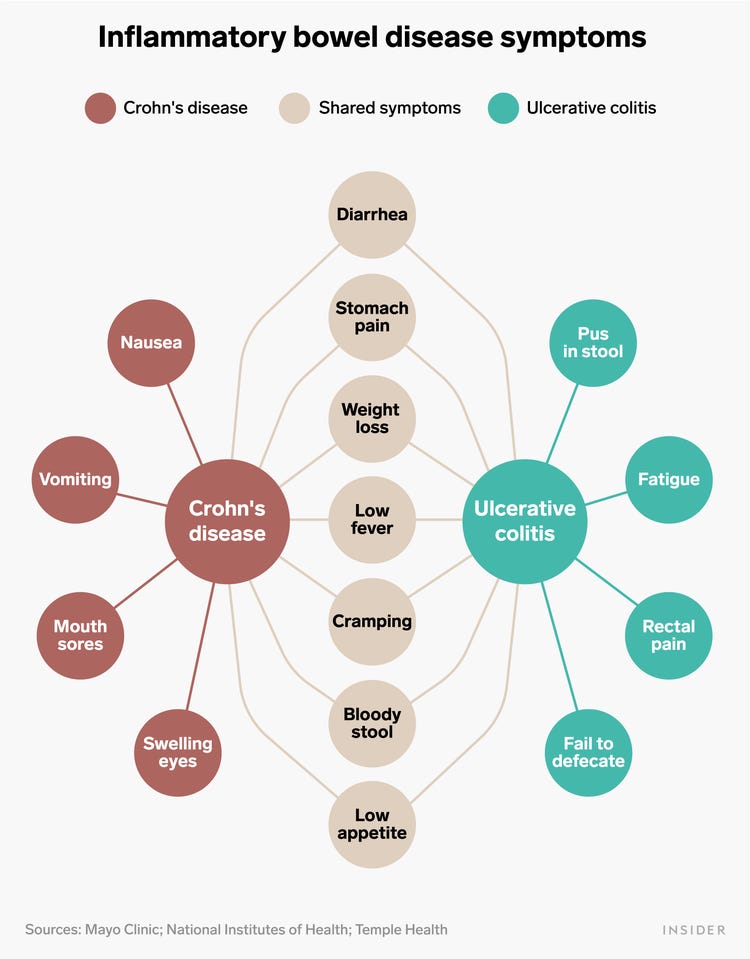 Crohn’s and UC symptoms that occur outside the GI tract are known as “extra-intestinal manifestations.” People with Crohn’s disease or ulcerative colitis may experience fatigue, fever, night sweats, weight loss, and decreased appetite or loss of appetite. Depression and anxiety are common with IBD, as with all chronic illness. 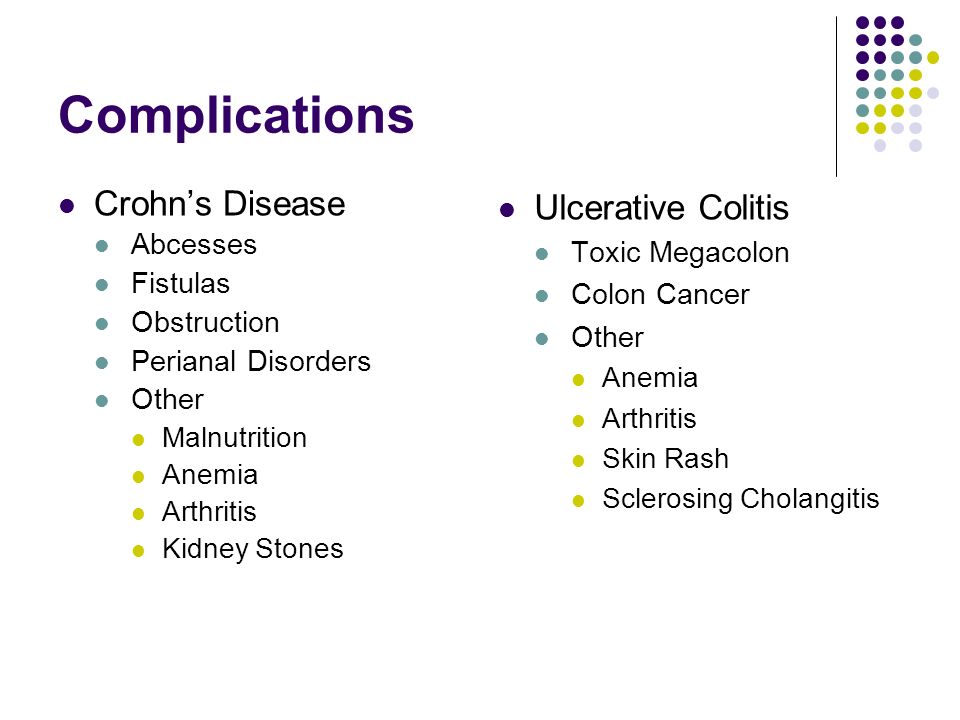 Intestinal complications can include :

Extra-intestinal complications can include:

Ulcerative colitis is known as pitta Grahani in Ayurveda and according to Ayurveda, it is caused due to the accumulation of toxins and impurities in the body. It is a disease of pitta dosha and a varying amount of Vata dosha involved too. Impurities and toxins (Ama) accumulate from food containing much amount of pitta. When one eats the food which aggravate the pitta slowly makes a coating on the lining of colon. This results that immune system identifies it as a foreign material and attack the colon affecting both rakht dhatu (blood) and mamsa dhatu (muscles).

Ulcerative colitis and Crohn' Disease are painful conditions, but can be healed with proper administration of Ayurvedic medicines that must be continued until the symptoms and irritation go away. If you wish to discuss further about your problem, you can consult Ayurveda doctors at Life Line Ayurvedic Herbal Clinic, Adelaide SA.