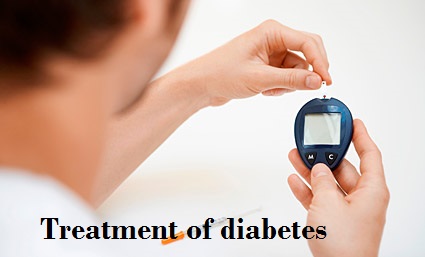 Diabetes, often referred to by doctors as diabetes mellitus, describes a group of metabolic diseases in which the person has high blood glucose (blood sugar), either because insulin production is inadequate, or because the body's cells do not respond properly to insulin, or both. Patients with high blood sugar will typically experience polyuria (frequent urination), they will become increasingly thirsty (polydipsia) and hungry (polyphagia).
The 2005 AusDiab Australian Diabetes, obesity and Lifestyle study showed that 1.7 million Australians have diabetes, but that up to half of the cases of type 2 diabetes remain undiagnosed. Diabetes has become so common that it has now reached epidemic proportions in Australia and around the world. Staggeringly, it's estimated that by 2031, up to 3.3 million Australians will have type 2 diabetes.
This is likely driven by rising obesity, the ageing population, dietary changes and sedentary lifestyles. The rising incidence of type 1 diabetes is also contributing to the growth of diabetes in Australia, and the prevalence of type 1 diabetes was actually predicted to increase by 10 percent between 2008 and 2013.

Types of Diabetes Mellitus:
There are three types of diabetes:

What is prediabetes ?
The vast majority of patients with type 2 diabetes initially had prediabetes. Their blood glucose levels have higher than normal, but not high enough to merit a diabetes diagnosis. The cells in the body are becoming resistant to insulin. Studies have indicated that even at the prediabetes stage, some damage to the circulatory system and the heart may already have occurred.

Causes of Diabetes:
Diabetes causes vary depending on your genetic, make up, family history, ethnicity health and environmental factors. There is no common diabetes cause that fits every type of diabetes.

Causes of Type 1 diabetes:
It is caused by the immune system destroying the cells in the pencreas that make insulin. This caused diabetes by leaving the body without enough insulin to functions normally. This is called an autoimmune reaction, or autoimmune cause, because the body is attacking itself. There is no specific diabetes causes, but the following triggers may be involve:

Signs and Symptoms of Diabetes:

Ayurvedic View :
It is always said and proved that in a way that Ayurvedic remedies for diabetes mellitus are the oldest among all the obtainable treatments. Ayurveda is from an ancient hindu word that means science of life. It originated in India and continues to be used by millions of people of world wide. The approach of Ayurved at owards diabetes mellitus is that, it is a disease caused due to dosha. The doshas are the three that govern the human body. If even one of the doshas (vata/pitta/kapha) is vitiated, then it can lead to diseases, and diabetes mellitus is one of them.
Ayurveda includes diabetes mellitus in the pramaha category. Pramahas are a list of urinary disorders, especially characterized by profuse urination with several abnormal qualities. There are twenty kinds of pramahas in Ayurveda. Out of these, one of the four vataja prameha is Madhumeha. Diabetes mellitus is correlated with this Madhumeha. Also any of the pramaha (urinary disorder), if neglected ultimately it ends up in madhumeh due to nature of the illness. Characteristic feature of Madhumeha as per Ayurveda is that it is a disease in which urine of the patient is sweet like honey and quantitatively increased as well as astringent, pale and rough in quality and the whole body of madhumeha becomes sweet.

Causes of Diabetes (Madhumeha) according to Ayurveda :

Clinical features of Diabetes (Madhumeha) according to Ayurveda Excess urination :

Curability of Madhumeha:
The incidence of diabetes is increasing day by day. Being a silent killer, it is attacking the young generation secretly that increases the burden of exchequer on the people as well as the government. Two things are common these days- side effects and insulin resistance among the people who are taking modern medicines for diabetes mellitus treatment. It leads to searching of alternate system of medicine where Ayurveda has greater application and importance. Ayurveda treats diabetes through drugs, diet, panchkarma and exercise.
Madhumeha is a palliative disease, it cannot be completely cured; but can be controlled by food and Ayurvedic drugs. In rare cases, if it is originated due to any secondary cause or stress or medicine etc, on cure of the main illness or on withdrawal of the medicine, it will be subsided by its own.

Ayurvedic treatment concept for diabetes:
Depending on the physical constitution or body type (prakriti), or the health status of an individual, Ayurvedic classics advocate two different types of therapy schedule for diabetics. They are:

Ayurvedic formulation, Ayurvedic diet and Healthy lifestyle will definitely help not only with preventing diabetes but also treating same without side effects. For detailed assessment of your diabetic condition by expert Ayurvedic doctors, please contact Life Line Ayurvedic Herbal Clinic at the earliest.