Psoriasis is a common, chronic, genetic, systemic inflammatory disease that is characterized by symptoms and signs such as elevated itchy plaques of raised red skin covered with thick silvery scales. Sometimes these patches will crack and bleed. Psoriasis is the result of speeding up the skin production process. Typically, skin cells grow deep in the skin and slowly rise to the surface. Eventually, they fall off. The typical life cycle of a skin cell is one month. In people with psoriasis, this production may occur in just a few days. Because of this, skin cells don't have time to fall off. This rapid overproduction leads to the buildup of skin cells. Psoriasis is usually found on the elbows, knees, and scalp but can often affect the legs, trunk and nails. Psoriasis may be found on any part of the skin. 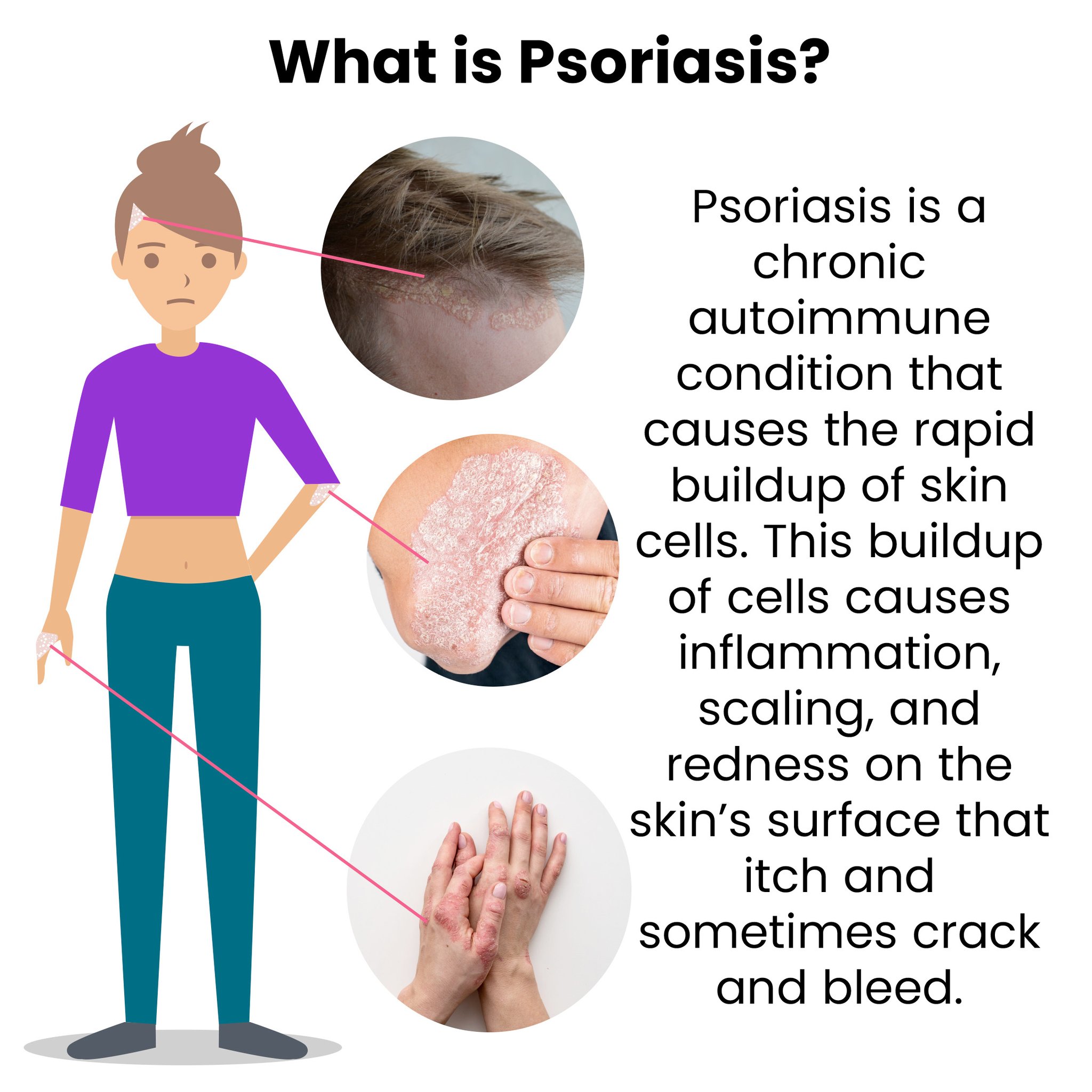 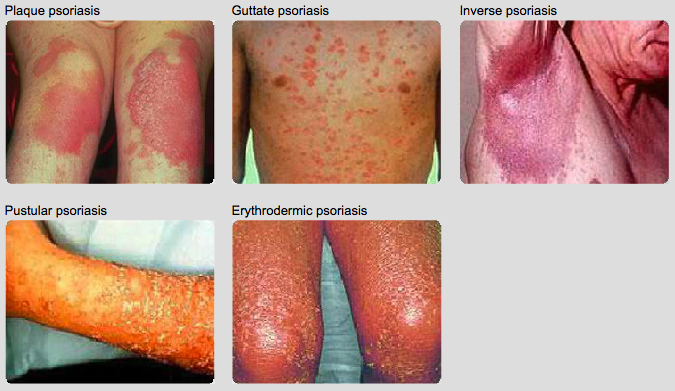 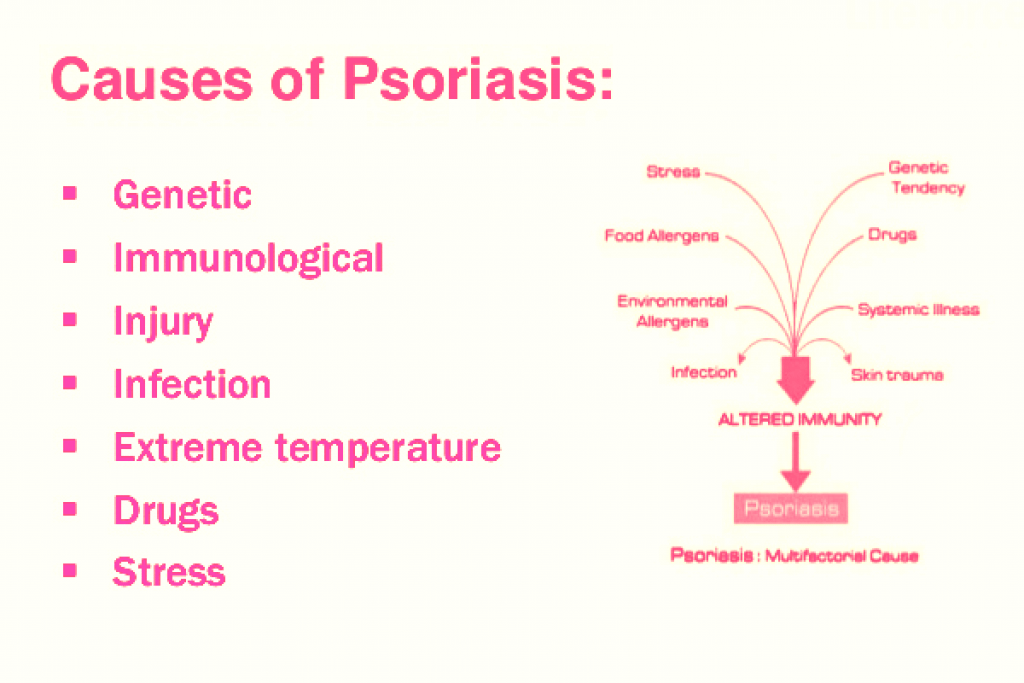 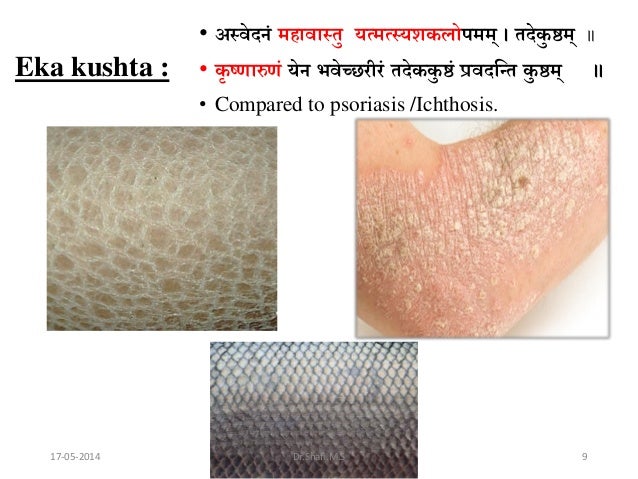 Ayurveda texts say that psoriasis arises due to an imbalance of two "doshas" known as the "Vata" and "Kapha". Vata is responsible for controlling body functions, and could cause the dryness and skin scaling associated with psoriasis. Kapha is responsible for body growth and can lead to the itching and rapid skin cell turnover that psoriasis is known for.
The energy imbalance causes toxins to build up in a person's system, leading to inflammation. As a result, Ayurveda treatments often revolve around not only herbal applications, but also diet and lifestyle advice.

There are many authentic Ayurveda remedies to manage psoriasis and give relief from its symptoms. Since Ayurveda associates psoriasis with toxins in the body, the first step towards treatment is to regain the balance by detoxifying the body. This is achieved by Panchakarma treatments.
In modern medical science, treatment of psoriasis is mostly started through using steroids which has never been the right way to treat it. Oral or topical application of steroids can make conditions worse. It could even spread skin problems to the deeper tissues. All complications follow the same modality of treatment. This treatment gives temporary relief and, to a certain extent, some cosmetic benefit. But, in reality, steroids cannot be continued for long durations as it is harmful to all internal vital organs. Improper handling of psoriasis leads to psoriatic arthritis, heart conditions and/or other complications.
Treating psoriasis is not very easy but not impossible either. In Ayurvedic treatments, our primary focus is to see that the condition doesn’t progress and lead to these complications. Thorough cleansing of the body is a must in patients suffering from psoriasis. After this only the rejuvenation happens. A comprehensive and wholesome approach is necessary to handle this condition. Immunity has to be corrected for best outcomes and this happens automatically after the detoxification done by our experts. 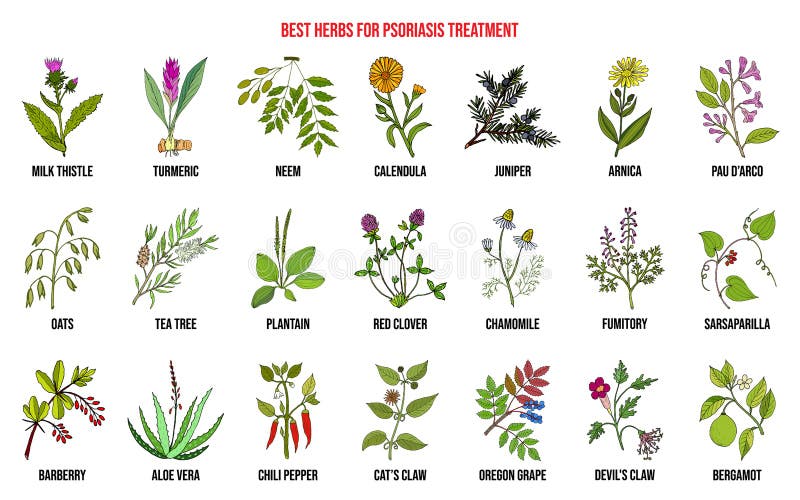 Khadir (Acacia catechu) :- Khadir has been used to treat skin ailments including psoriasis in a traditional practice. It helps to purify the blood. It has immunomodulatory action that may activate both cell-mediated as well as humoral immunity. Among various phytoconstituents present in Acacia catechu, catechins may contribute to its anti-inflammatory and antioxidant activities.  Khadira contains epicatechin, fiscetin, quercetin, and other important tannins. Catechu is reported to regulate cytotoxic T-cells. Fiscetin is a hepatoprotective compound as it is reported  to be effective in icteric viral hepatitis. Quercetin inhibits histamine release and tannin acts as the vasoconstrictor. Hence the mentioned pharmacological actions are collectively potent to counteract the inflammatory autoimmune reactions as occurs in Psoriasis.

Manjistha( Rubia cordifolia):-  or Indian Madder is considered as a magic herb for blood-purification. It’s main purpose is to break down blockages in blood flow and remove stagnant blood. Manjistha is the stem of the madder plant and is actively employed in various medicinal and Ayurvedic preparations. According to Ayurveda, there are three energies in the body known as- vata, pitta and kapha doshas. These three doshas need to be in sync for an individual to have a healthy body.
Manjistha is known to balance and rectify the pitta dosha. This dosha is usually the root cause of poor digestion, skin disorders, early graying, acidity and poor vision. As a detoxifying herb itself, manjistha is good at getting toxins safely out of the blood and muscle tissues. Other herbs may dislodge toxins from deeper tissues, but if they are not completely removed from the body, they can end up in the blood and muscle where they can do a lot of damage. In such cases, manjistha provides a way to safely remove those toxins once they get into the blood and muscle.

Guggulu (Commiphora mukul) :-   Various scientific reports reveal the promising effects of Guggulu (Commiphora mukul Hook ex Stocks.) against different chronic diseases such as psoriasis, dermatitis, skin diseases, infectious diseases, arthritis, etc. It is due to its anti-inflammatory and anti-oxidant effects by targeting multiple signaling pathways. Terpenoid constituents, steroids, flavonoids, guggultetrols, lignans, sugars, and amino acids present in Guggulu are responsible for its therapeutic effects . Guggulu is well known for its yogavahi (synergism) property in Ayurveda. Guggulu can act as a drug carrier by entrapping active pharmaceutical ingredients and mediating their sustained
release action . Gugulipid was found very effective in the treatment of nodulocystic acne, proving the anti-infective and antibacterial properties of Guggulu.

Guduchi (Tinospora cordifolia):- Guduchi is a famous Ayurvedic herb which is known by the name ‘Amrita’. It is a well-known immuno-modulator herb used in the correction of auto-immunity. Due to this, it is quite useful in auto-immune disorder psoriasis. It is one of the few herbs in Ayurveda that balances all the three doshas.

Sariva/Anantmool (Hemidesmus indicus):-  Anantmool is used in psoriasis due to its anti-inflammatory, immunomodulatory and antioxidant properties. It is categorized under the group of herbs that relieve burning sensation. Due to its sheeta veerya (coolant property) and tikta(bitter) taste, it is very effective in the treatment of psoriasis. Used with herbal oils, it retards hyperkeratinization, silvery scales, inflammatory responses, reduce exfoliation, and discoloration of the skin. It also prevents itching and formation of scales and sores.

Turmeric :- Turmeric/ Haldi has also been used as a healing spice for centuries. It’s popular in both Chinese and ayurvedic medicine. Turmeric is thought to have powerful anti-inflammatory abilities that may help relieve psoriasis symptoms. Curcumin is the active ingredient in turmeric. It’s thought to be responsible for much of turmeric’s healing capabilities. Curcumin also inhibits the production of phosphorylase kinase (PhK) which is a component found to be relatively high in psoriasis patients. The spice also has antimicrobial and anti-carcinogenic properties, as well as components that enhance skin-barrier functions.

Mulethi:- Liquorice (licorice; glycyrrhiza) is the dried unpeeled rhizome and its root. The roots of this plant contain about 20% of water-soluble active ingredients and Glycyrrhizic acid, which comprises 3–5% of the root. The recent research indicates the corticosteroid-like and anti-inflammatory activities in liquorice extracts. Glycyrrhetic acid of liquorice extracts is playing a key role for inhibiting enzymes that are important to convert prostaglandins and glucocorticoids into inactive metabolites and increase levels of prostaglandins such as PGE2 and PGF2alpha.

Bakuchi (Psoralea corylifolia):- Bakuchi has also been used for its promising results in various skin ailments. It contains various phytoconstituents such as flavonoids, alkaloids, coumarins, meroterpens, and essential oils which contribute to its multifaceted pharmacological actions including anti-inflammatory, antioxidant, antileprotic, antipsoriatic, antibacterial, anticancer and immunomodulatory activities.

Amla (Indian gooseberries):-  Psoriasis is often linked to compromised gut health (including liver) and an overload of acidic body toxins.  Your immune system considers these toxins as a threat and triggers an autoimmune reaction to cause inflammation and unusual growth of skin cells to develop psoriasis patches on various parts of the body.  Amla is a well known body detoxifying food. It relieves constipation, improves circulation and aids in digestion. Amla awakens the digestive fire and improves appetite.   Amla has a protecting and cleansing effect on the liver. It has proven liver and blood cleansing actions. Amla is cooling in nature and hence, calms down the gut inflammation.

Kutki / Katuka (Piccorrhiza Kurroa):- Kutki is a highly effective liver tonic and hepatoprotective in nature, which is beneficial in treating many liver diseases. It helps to balance the liver enzymes and brings them to normal levels, clears toxins from the liver. Kutki regulates the excess production of bile in the liver which is considered a symptom of excessive pitta in the liver. In Ayurveda, excessive pitta is considered one of the main reasons for almost all types of skin diseases. Katuka is cooling in nature and it pacifies pitta which controls problems like psoriasis, rashes, hives, eczema, atopic dermatitis, itchiness and inflammation of the skin. Kutki is used successfully in the treatment of jaundice and viral hepatitis. It also lowers long-standing high fevers, boosts immunity, regulates bowel movements, reduces constipation due to its mild laxative property and improves appetite as well. 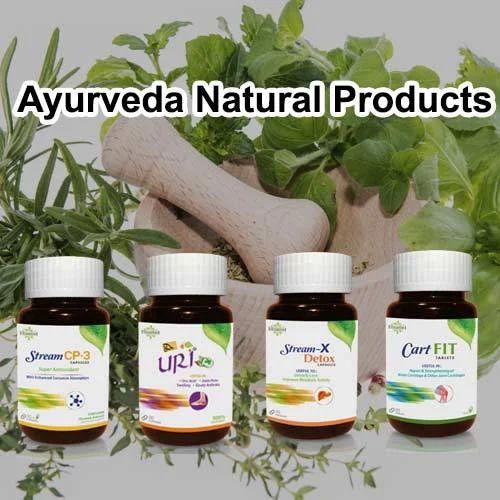 Modern medicines do not offer any effective and long term cure for psoriasis. Modern medicines either offer short term symptomatic relief or steroids which have severe side effects. The effect also comes down once you discontinue the medicines. However, Ayurveda has a long term solution for Psoriasis with no side effects. Contact expert doctors team at Life Line Ayurvedic Herbal Clinic to cure Psoriasis with best natural treatment plans. 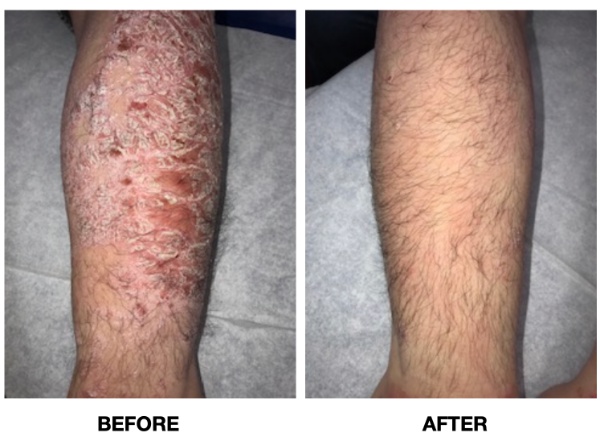