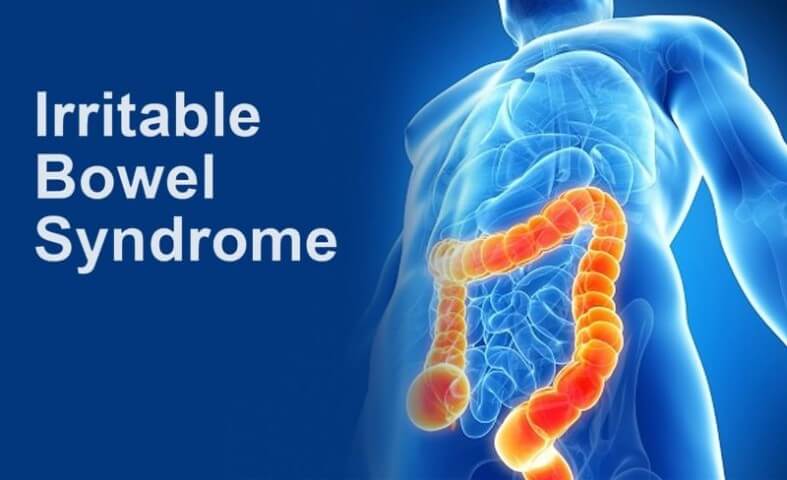 Irritable bowel syndrome (IBS) is a functional gastrointestinal disorder in which a group of symptoms occurs together, including repeated abdominal pain, abdominal bloating, flatulence and changes in bowel movements- either diarrhea, constipation or both. Though there are no structural abnormalities in the digestive tract, the discomfort caused by this illness causes great distress to the patients. 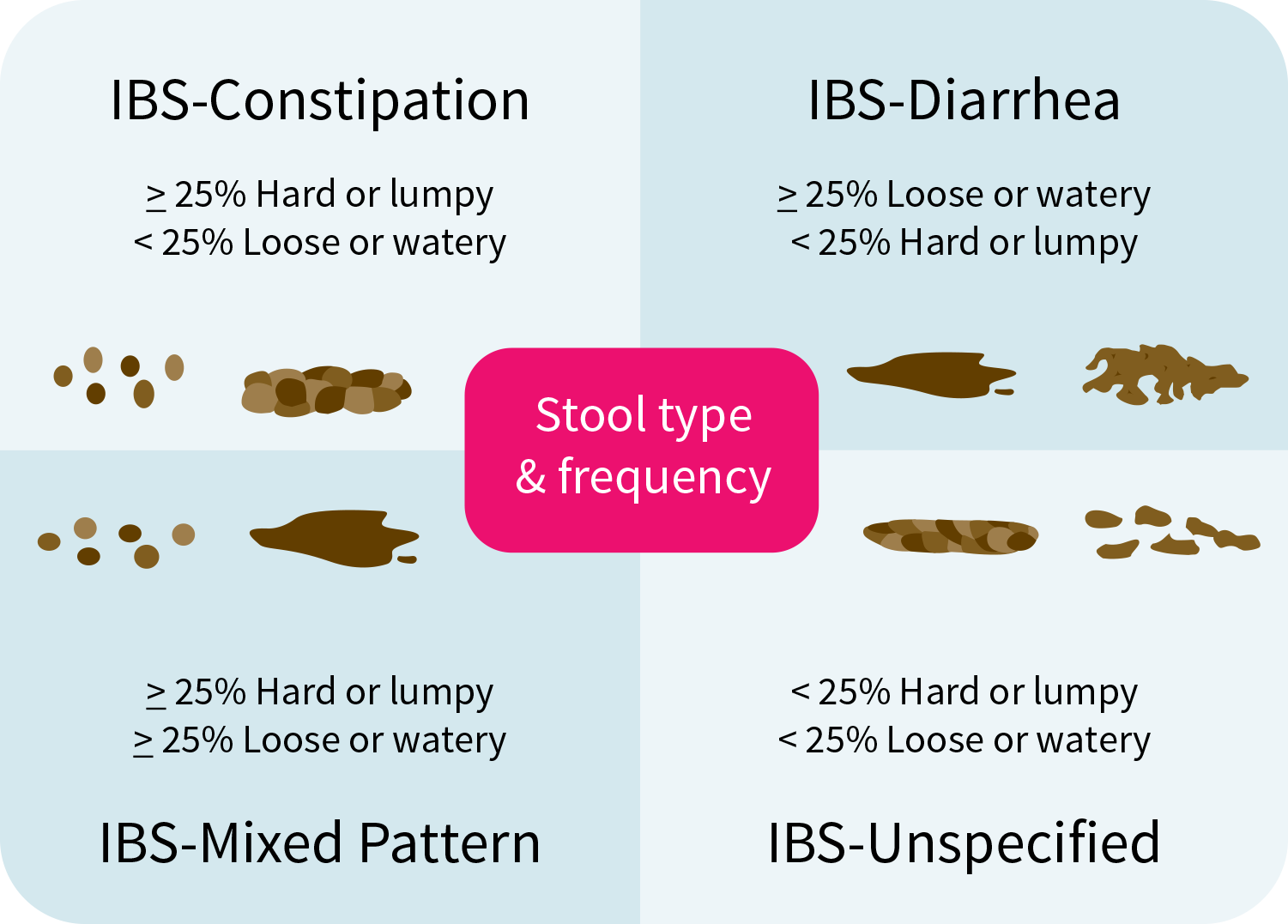 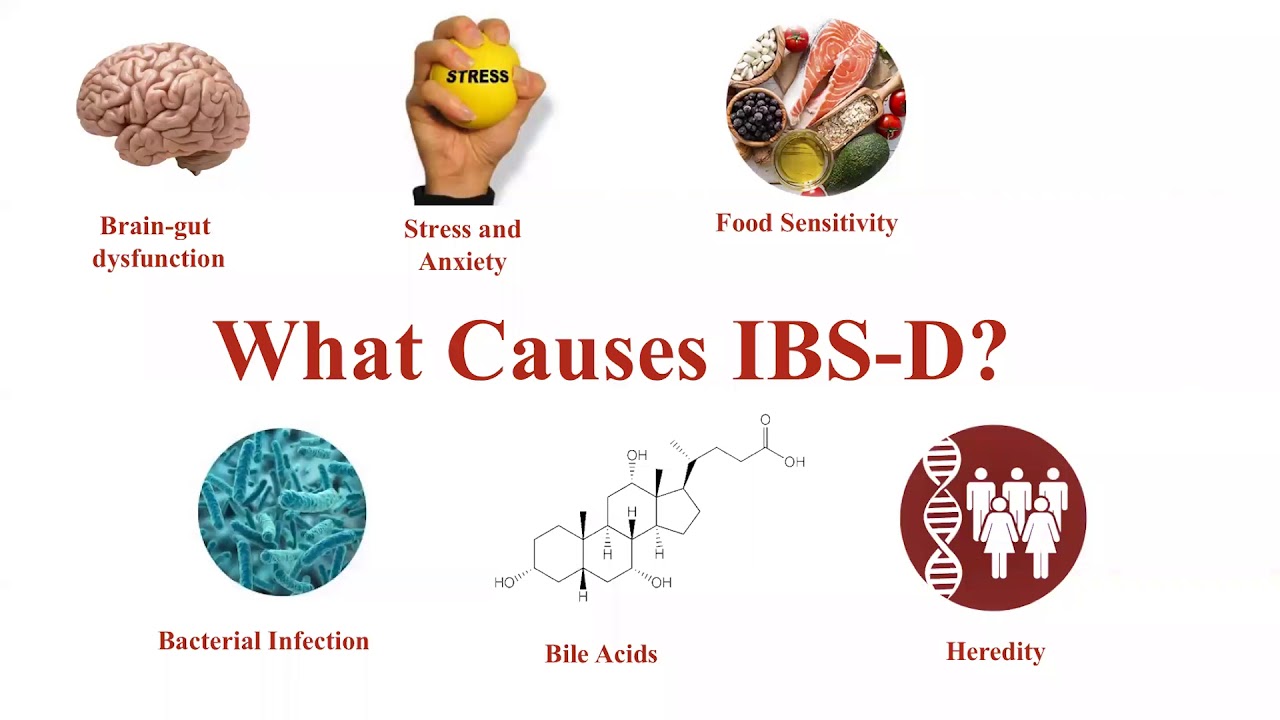 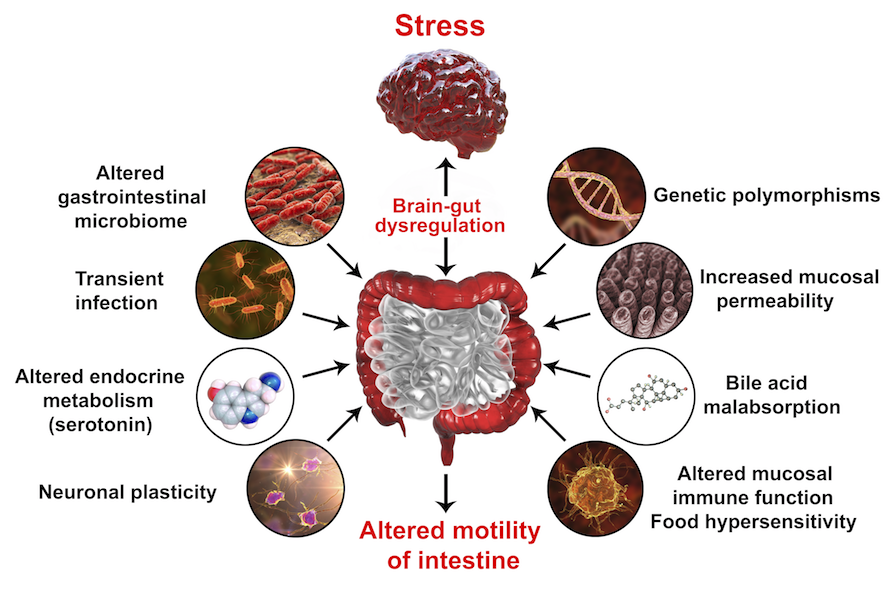 Ayurvedic treatment of Irritable Bowel Syndrome (IBS) :
In Ayurveda, a similar condition is explained in the name of Sangrahani or Grahani. The name is given as in Ayurveda Grahana (Retaining ability) is a function of Grahani Organ (small intestine in general). As this function is distributed and bowel loses its control to retain for a stipulated time period, according to one's requirement of absorption, this condition is called Grahani. 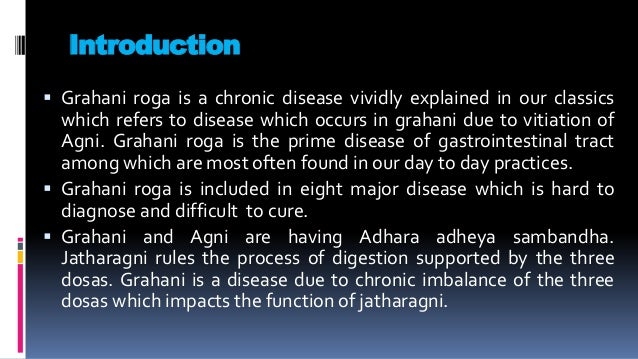 Causes of IBS (Grahani in Ayurveda) : As said "Prevention is better than cure". Therefore it is useful to look at the causes of Grahani before starting its treatment. All of the Agni (digestive fire) weakness is a direct cause of the emergence of grahani (IBS). Prolonged causes include irregular eating habits, excessive intake of difficult to digest foods, food intake which one is allergic to, too few nutrients, overeating, eating at irregular intervals, too much effort, the cessation of the natural urge of urination/hunger/thirst/regurgitation, excessive sexually activeness, excessive consumption of spicy junk food, eating very acidic foods, can be the causes of Grahani. The first symptoms of Grahani are caused by an imbalance of digestive enzymes of Agni. This is followed by diarrhea, indigestion, emotional problems, stress and so on. Diarrhea is usually treated with antibiotics in modern science, without taking into account the Agni ( digestive fire and enzymes ). Once the problem has been stopped, people fall back into their own eating habits. However, the Agni (digestive power) weakened by diarrhea and having insufficient resistance, which significantly reduces their effect. So even after the infection is successfully contested, finds digestion in a weekend state. It may not meet the continuous overload of an unhealthy lifestyle, which eventually leads to Grahani.

Treatment : Treatment is reliant on treating the or doshas; however, treatment will be focused ultimately on correcting Agni (digestive food) and strengthening the small intestine. 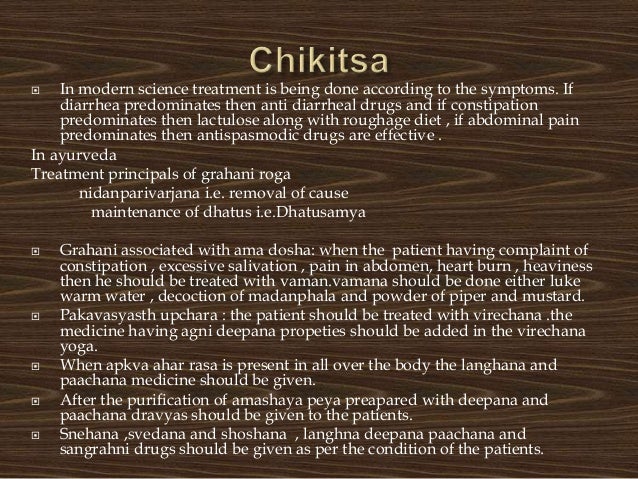 Signs and Symptoms according to Ayurveda texts:
Ayurveda explains signs and symptoms of IBS (Grahani in Ayurveda) based on Dosha dominance: 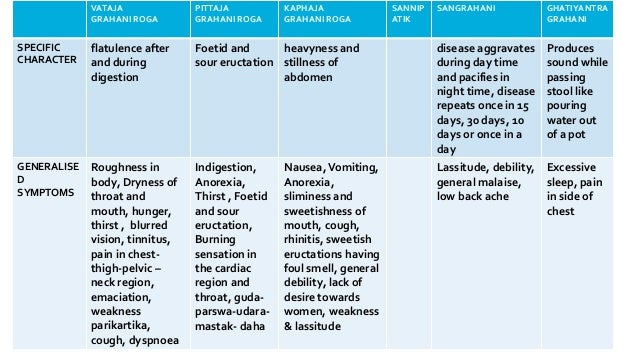 Ayurvedic classical formulations and main herbs used for IBS are :

Turmeric : Turmeric (Curcuma longa) has been used in traditional medicines for digestion, abdominal pain, bloating, and distension. Curcumin has anti-inflammatory and antioxidant agents. Scientific basis for the medicinal use of turmeric in gastrointestinal disorders such as IBS, is that the inhibitory effects of extract of turmeric (curcumin) are mediated primarily through a calcium channel blockade in hyperactive states of the gut and airways. The efficacy of curcuma in IBS may be due to antibacterial, anti-inflammatory, and spasmolytic activities.
Aloe Vera : Aloe leaves contain a transparent gel which is most commonly used as a curative effect. Aloe is commonly used in IBS, especially the constipation-predominant subtype where it acts as a laxative.

Psyllium: Psyllium has been shown to be more effective than stool softeners for those with chronic idiopathic constipation and is also touted as one of the “go to” fiber sources for IBS. It has been shown to help normalize stools and reduce IBS symptoms.
Brahmi: For IBS, this herb has been scientifically proven to counter symptoms and provide relief especially in cases of diarrhea. Further, this herb also helps reduce stress and anxiety, which can also worsen IBS. Brahmi works on the gut – brain axis to modulate intestinal motility.
Fennel Seeds :Fennel, well known as a carminative and anti-inflammatory herb, has a distinct taste that aids in digestion. The potent wound healing and soothing properties provide relief from stomach pain, indigestion, and flatulence.
Bilva: An Ayurvedic herb, Bilva is excellent to counter indigestion, constipation and even spasms caused by IBS. Further, this herb also aids digestion and protects against stomach ulcers and intestinal worms. Bilva helps to normalize gut microbiota and reduce the hypersensitivity of the intestine.
Ginger: The pungent smelling root of the Zingiber officinalis plant provides extensive relief from gastrointestinal irritation. It strengthens the stomach muscles and helps calm the pain and inflammation in the gut. Ginger reduces the backflow of stomach acid into the esophagus and prevents acid reflux and indigestion.
Ashwagandha :Adaptogen herbs, ashwagandha one of those, relieve stress and fight the negative effects of stress. Being IBS as one of the major symptoms of stress, reducing the effects of stress certainly help to reduce IBS.
Mustak :Mustak has  antidiarrheal, digestive, anti-inflammatory, analgesic, antipyretic, metabolism stimulant, mild laxative, antihyperlipidemic, anthelminthic, immunomodulatory and antibacterial medicinal properties. Hence this medicine treats diarrhea, mal-absorption syndrome, IBS, anorexia, dyspepsia.Improves liver functions & metabolism.Acts as a digestive tonic.Helps in absorption of important nutrients.Relieves in gastrointestinal & digestive disturbances.
Pippali:Pippali can help in case of problems like flatulence and heartburn, as it stimulates the digestive system and boosts appetite. It is also known to fight and protect against ulcers owing to its anti-inflammatory properties.
Kutaj :Kutaja Ghana Vati is a traditional ayurvedic remedy that has potent anti-dysenteric, antidiarrheal, anti-amoebic action and haemostatic properties for treating and curing a horde of ailments including dysentery, diarrhea, irritable bowel syndrome, malabsorption syndrome, intestinal infections and different bleeding disorders.
Licorice :Glabridin and glabrene, which are flavonoids present in licorice root, are effective in relieving stomach discomfort. They help in reducing symptoms like nausea, stomach pain, and heartburn.
Peppermint Oil:It is the first herb to be approved by the American College of Gastroenterology for treating IBS. Peppermint oil is thought to relax the muscles of the gut to improve motility (the passage of food through the gut). This herb is an effective antispasmodic medication.

Diet and habits in Grahani (IBS) : 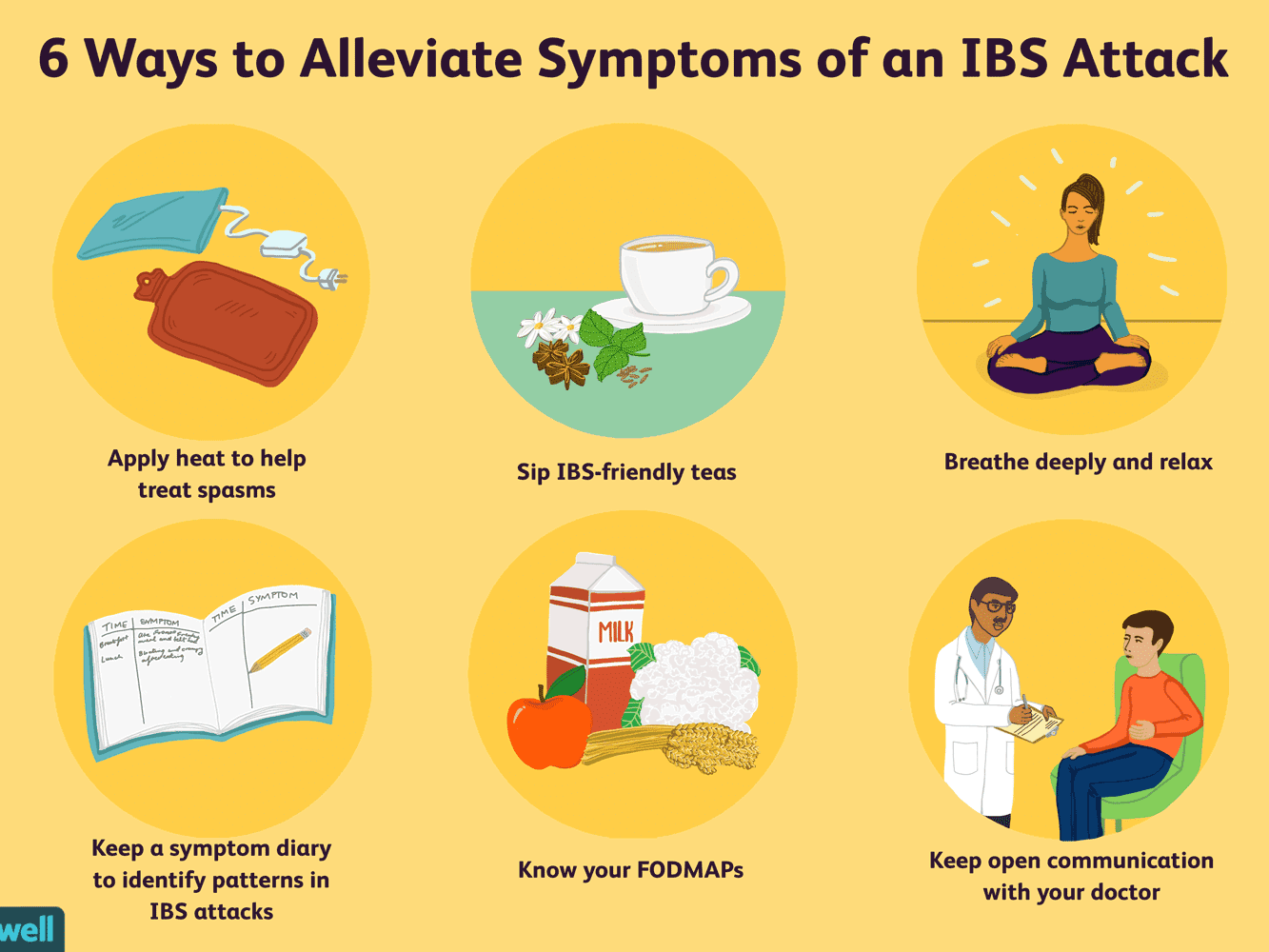 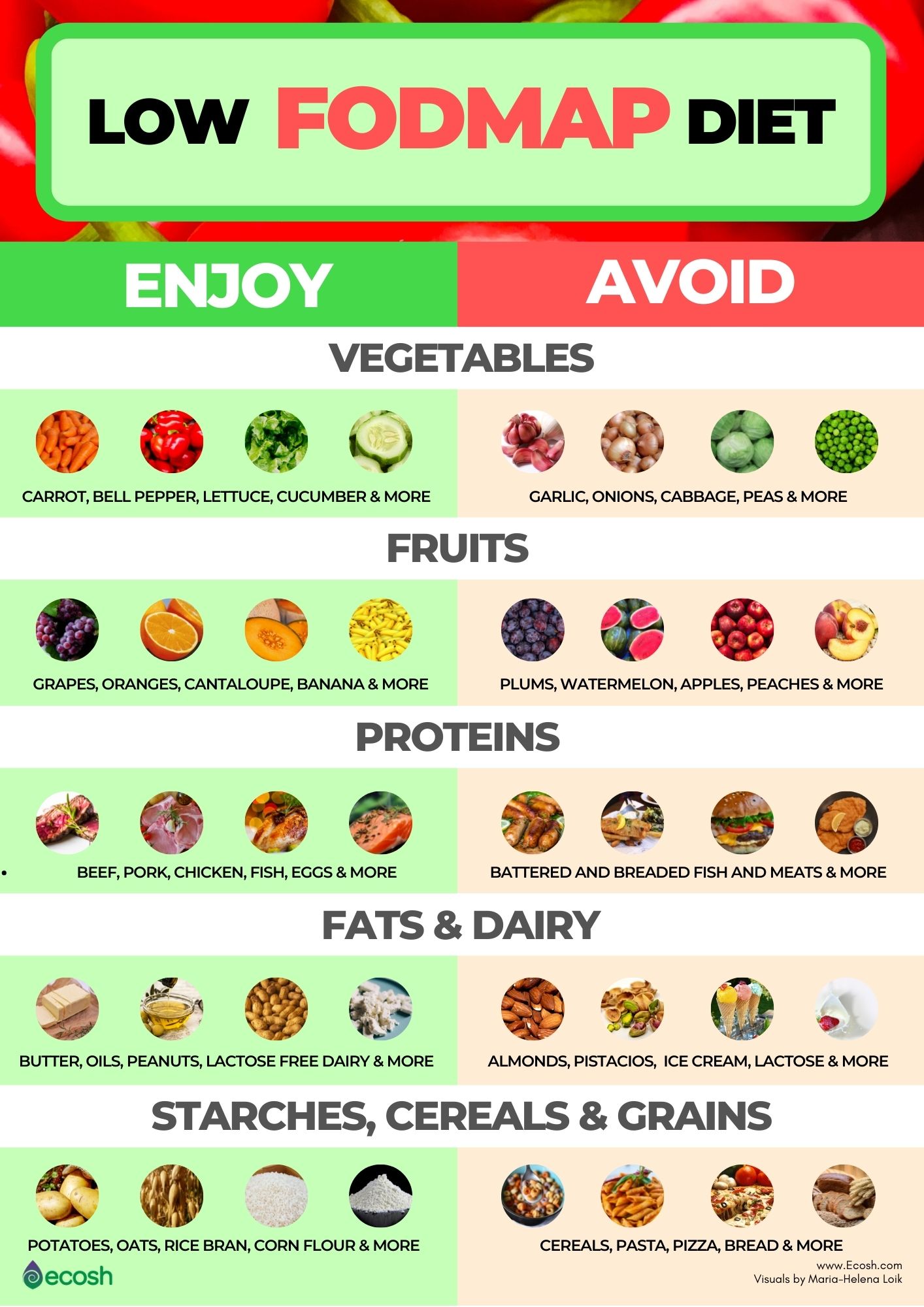 If you are suffering from IBS or related disorders, do not delay in contacting the specialist Ayurvedic doctors team at Life Line Ayurvedic Herbal Clinic to get rid of your health problems as soon as possible.