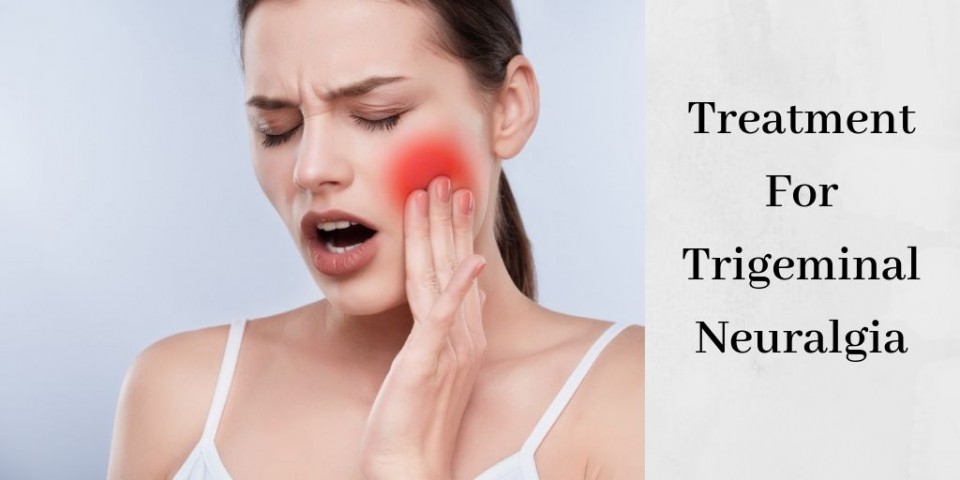 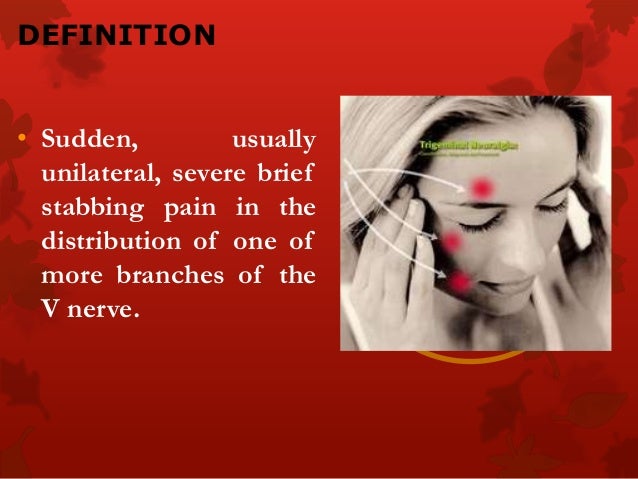 Trigeminal neuralgia, also known as tic douloureux, sometimes is described as the most excruciating pain known to humanity. The pain typically involves the lower face and jaw, although sometimes it affects the area around the nose and above the eye. This intense, stabbing, electric shock-like pain is caused by irritation of the trigeminal nerve, which sends branches to the forehead, cheek and lower jaw. It usually is limited to one side of the face.
There are two separate trigeminal nerves, one on each side of the face. These nerves are responsible for carrying the sensation of pain and other sensations from the face to the brain. Each nerve has three branches (forehand, midface, and chin). It’s possible to have TN of any (or all) branches. TN causes intense pain in part or all of the face. The pain can be brought on by mild stimulation of the face, such as brushing your teeth or shaving. It’s often described as feeling like electric shocks or stabbing. People with TN may initially have short, mild instances of pain, but over time they may experience longer, more frequent attacks of intense pain. Most people with TN experience symptoms in cycles — pain comes and goes for days or weeks, then subsides. In some cases, the condition becomes progressive and pain is always present.
There is no specific test for TN, so diagnosis can take time. Treatment depends on the cause and severity of the condition. Several medications are available to provide relief from pain and to decrease the number of episodes. Sometimes surgery is required.

Pain is the primary symptom of trigeminal neuralgia. There are two types :-
1. Type one is characterized by sudden, burning pain that is severe. It's like getting shocked by electricity, and it can last only seconds up to a couple of minutes. Unfortunately, these brief episodes can often occur repeatedly up to two hours.
2. Type two is more of a constant burning pain that has less intensity compared to type one.
Both types of trigeminal neuralgia can affect the same person, sometimes even at the same time. You might feel pain on only a small area of your face, but it may also spread to more areas. Interestingly, the pain rarely occurs at night. The pain is generally experienced on only one side of the face, but more than one branch of the trigeminal nerve can be affected. In very rare cases, both sides of the face can be affected.
These pain episodes can significantly impact someone's quality of life. It can lead to depression and social isolation, as they are fearful of having another attack that can incapacitate them. Even more unfortunate is that trigeminal neuralgia progressively gets worse. Although you may have pain free times, these eventually go away and the pain continues to get worse. 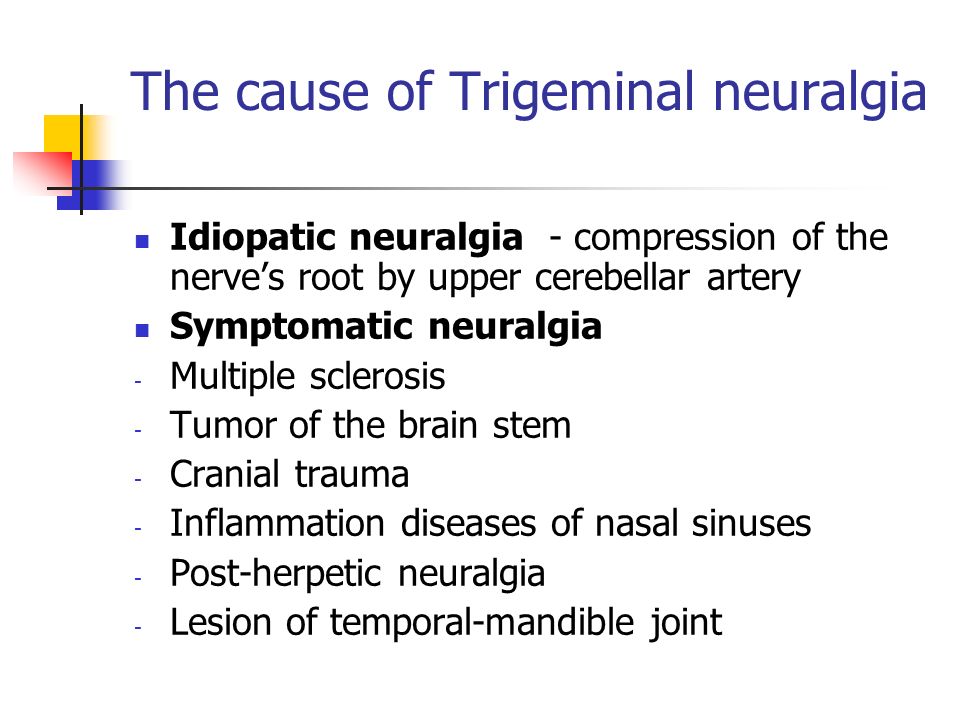 In Ayurveda, Trigeminal Neuralgia can be correlated with Anantavata, one among the 11 types of ShiroRoga having similar clinical presentations. It is a disease in which Tridoshas vitiate the manya or greeva parswa and produces severe intolerable pain at the back of the neck, in the eyeball, frontal region, root of nose and the temporal region. In severe conditions, it also causes hanugraha, netrarogas and gandaparswakampa. 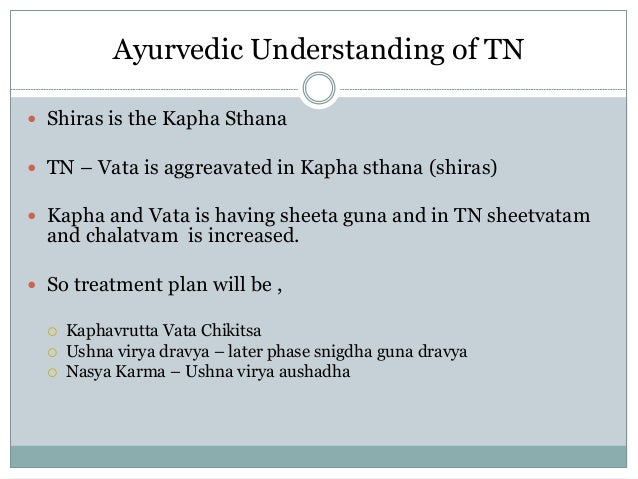 The Ayurvedic treatment consists of natural herbs, oils that restore the imbalanced Vata dosha. There are numerous herbs available that works in a synergistic manner to control the pain and inflammation. The herbal medicines improve the micro-circulation within the nerve so that the nerve starts functioning at an optimum level and reduces irritability and perception of pain.

The use of natural remedies for neuralgia pain may reduce the intensity and frequency of the episodes of Trigeminal Neuralgia and minimise it's impact on patient's routine life. If you wish to enquire more information on how Ayurveda can support you in Trigeminal Neuralgia, you should contact at Life Line Ayurvedic Herbal Clinic. CONTACT 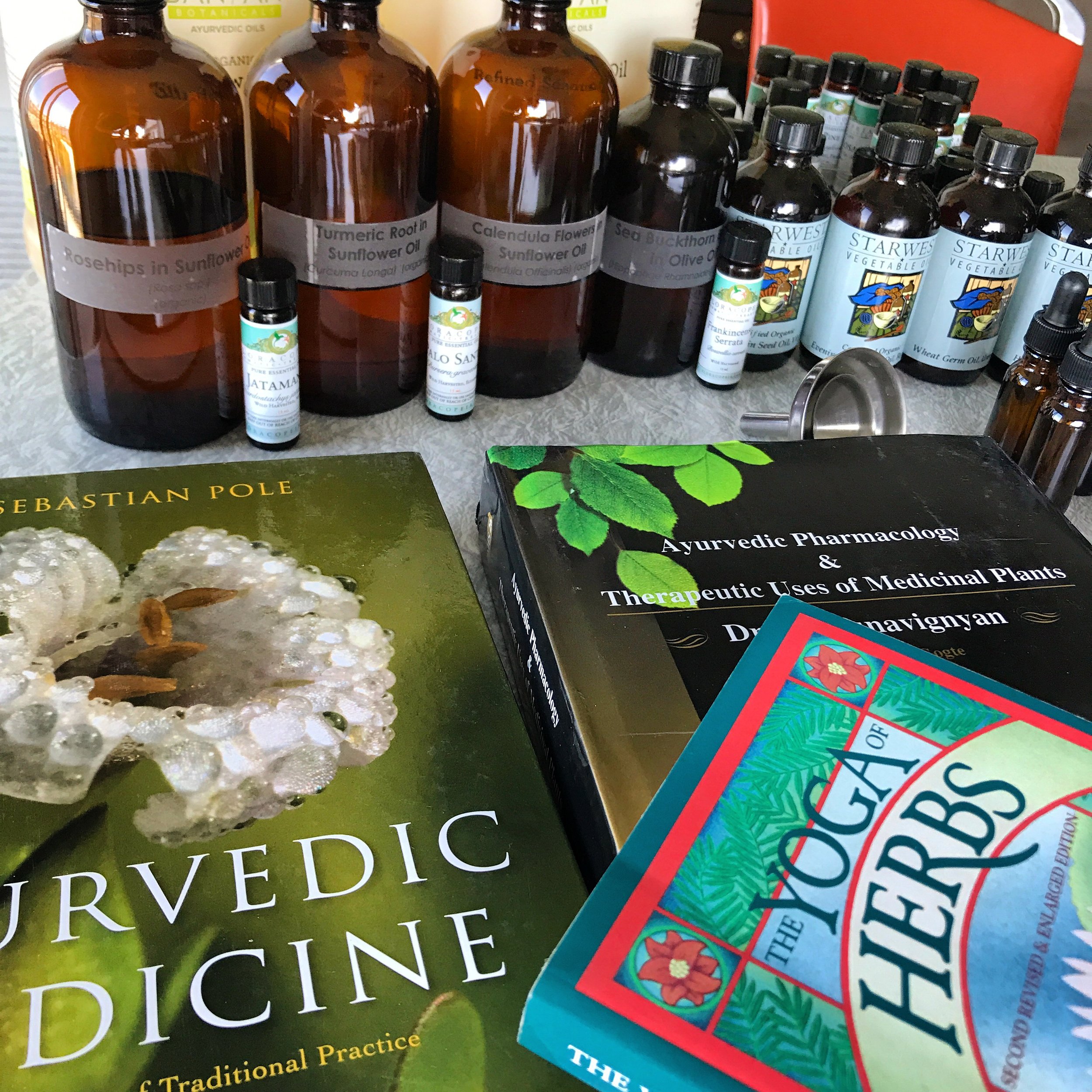