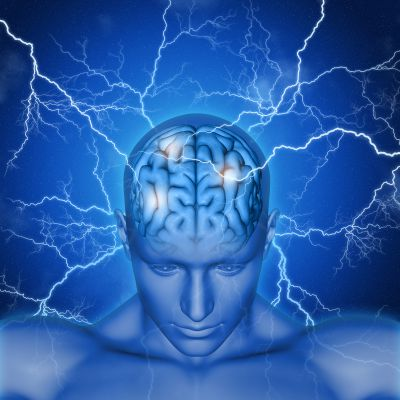 Epilepsy is a neurological disorder marked by sudden recurrent episodes of sensory disturbance, loss of consciousness, or convulsions, associated with abnormal electrical activity in the brain.

Types of Epilepsy :There are several different types of seizures. Most seizures can be categorized as either focal or generalized.

Additional Seizure Types-Infantile Spasms-
Infantile spasms are a type of epilepsy seizure but they do not fit into the category of focal or generalized seizures.

The cause of epilepsy is unknown in 50% of cases. We know that genetics (family history) play an important role. Seizures or epilepsy can also be caused by anything that causes damage to the brain, including:

In Ayurveda Epilepsy is mentioned as Apasmara (Apa = loss, smara = memory, intelligence and/or consciousness) and epileptic attacks are known as Akashpaka. In Ayurveda, the convulsions are caused due to an imbalance of the Vata dosha. The loss of consciousness in terms of doshic influence can be attributed to Pitta dosha. When one loses consciousness soon after seeing the colors red, blue and black and also recovers quickly, this is considered as a sign of Vata disturbance. Similarly, Pitta disturbances happen due to seeing the colors light or dark red or yellow and recovering with heavy sweating. Convulsions in Apasmara are followed by losing consciousness and frothing at the mouth. Due to its cardinal sign of loss of consciousness or memory, epilepsy or epileptic attacks are commonly known as the ‘falling disease’ or ‘fits.’ It is a serious disorder of the central nervous system that affects both children and adults alike.

Depending on the dominance of the three doshas and their combined effect, it is classified into four types :

Causes according to Ayurveda :

Pathogenesis according to Ayurveda :

Due to above causes, doshas located in the vessels (dhamani/ artries) afflict the heart and causes disturbance in the functions. The person, thus affected, is afflicted with stupor and malfunctions of mental activities.

Symptoms according to Ayurveda :

An Ayurvedic doctor's consultation is a must for diagnosing and treating epilepsy effectively. Medication, counseling and lifestyle go hand in hand to have a complete therapeutic experience. The good news is that there is a cure for epilepsy in Ayurveda – at least, it be managed to a large extent of being able to lead a completely normal life.

The Ayurvedic herbs and herbal formulations used to treat epilepsy are :

Ayurvedic treatment is always personalised, we advise you to make an appointment with our experienced Ayurvedic doctors at Life Line Ayurvedic Herbal Clinic, Adelaide to find a Natural treatment for your symptoms of epilepsy.